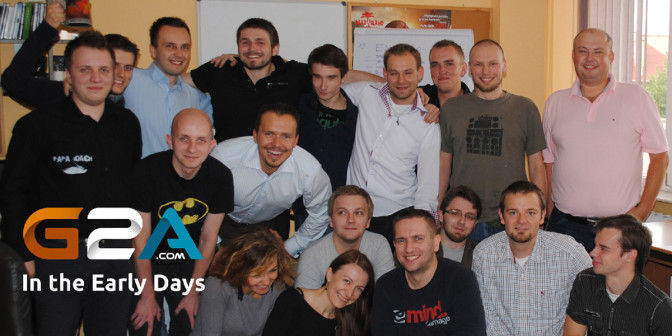 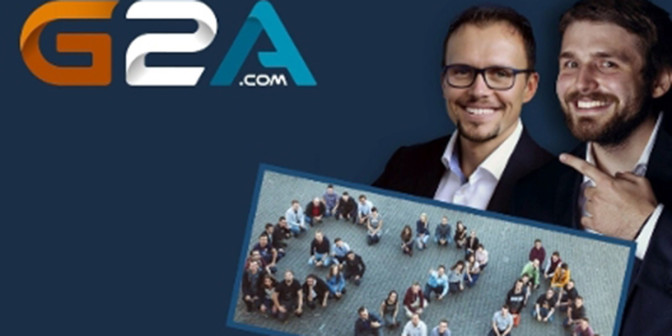 G2A have, in only a few years, grown to become one of the biggest retailers of digital games in the world.
But few seem to know how G2A had to fight with tooth and nail to give gamers the opportunity to buy more than 28 thousand games at a reasonable price.
– None of the publishers wanted to talk to us, not a single one. We were either too small or they were to big, the co-founder, Bartosz Skwarczek, says about the time G2A tried to convince developers to cooperate with the newly founded company. Even when G2A were the biggest resellers of their products in Europe.

The year is 2010. The country is Poland and the town is called Rzeszow. As the big hype surrounding Starcraft 2 were underway and the return of esports to the mainstream – Bartosz Skwarczek and Dawid Rożek had an idea.

G2A wanted to create a marketplace for digital games. Now, every month, games change ownerships on the G2A market where people from all over the world can find games at a better cost than at most other places. The road to become one of the world’s leading companies in gaming hasn’t been a smooth one.
– We were a maverick in the business and during our first years the average age in the company was only 23 years old. We were all hardcore gamers. And during those times – if we are to be honest – we had really low prices and at the same time really small margins. We wanted to attract customers to the service. But we also wanted to become an official retailer of the most prominent games, says Skwarczek, today CEO at G2A.

Skwarczek tells the story about how he would plead at various exhibitions to get a meeting with the biggest developers. But nobody wanted to listen. Nobody wanted to have that meeting. The CEO says that eventually the frustration became too much.
– We chose to redefine what the company would be. We wanted to give people who experienced the same frustration as we had with the biggest gaming companies a possibility to trade, sale and buy games easy, Skwarczek says and continues:
– So we created G2A Marketplace.

Today, several hundreds of thousands of gamers use the service daily and some of the biggest games trade in minutes. The marketplace has over 6.4 million users and is growing each day. At the same time, G2A has been able to support both esports as well as charities like Gaming 4 Good for Save the children across the world – all thanks to an idea that have been implemented and refined in only a handful of years, by passionate gamers.