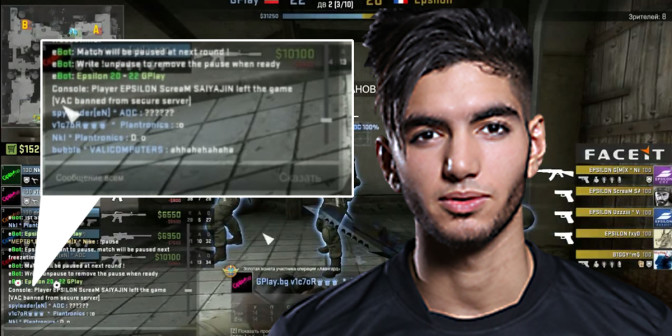 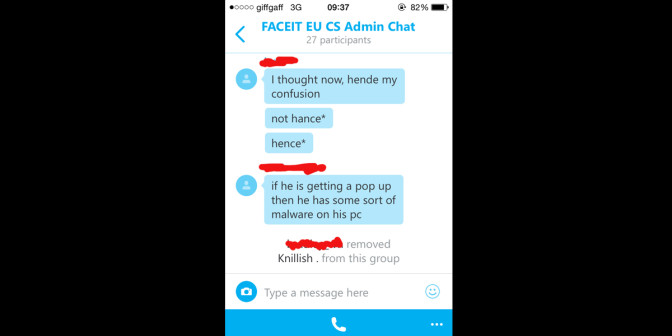 Last October, Joel ”Emilio” Mako was VAC banned mid-game in a tournament.
Yesterday, it looked like another pro was busted during a stream – but the ScreaM ban was a joke and the admin responsible has since been fired from FaceIT.
– It’s happened now and there is not much I can do about that, although I’m glad the majority of people are finding the funny side of it, he tells Aftonbladet Esport.

During the past months the CS:GO community has been shaken by the VAC bans of several pro players. During a FaceIT game between Epsilon Esports and Gplay, it looked like another one had been busted when the following message appeared in the console: ”Player EPSILON ScreaM SAIYAJIN left the game. VAC banned from secure server”.

”Did not mean to cause any hate”

The message led to instant reactions both from players and from the Twitch chat. But it was all a joke by the admin Knillish, who claims to have been relieved of his duties at FaceIT because of it. A screenshot sent to Aftonbladet Esport shows that he’s been removed from the admin group on Skype.
”This was meant as a harmless joke between the players. It was not supposed to come to the point that it did and I did not mean to cause any confusion to viewers or hate towards FaceIt. I have been relieved of my position at FaceIt as a result of this.”, he says in a Reddit post.

”Wish it was seen on the english stream”

To Aftonbladet Esports, he extends his thoughts:
– It’s happened now and there is not much I can do about that, although I’m glad the majority of people are finding the funny side of it and I am glad I’ve made them laugh. I’m not really liking the hate towards FaceIT as they didn’t really have any other option but to let me go, it is not their fault.
– I did intend for it to just be between the players, as I was unaware of the other streams but now knowing it has been seen, part of me wishes it was seen on the english stream as I’m sure the reactions from both the casters and the chat would have been one of my highlights of the year. Although I wouldn’t have done it if i knew the English casters would have seen it, he says.