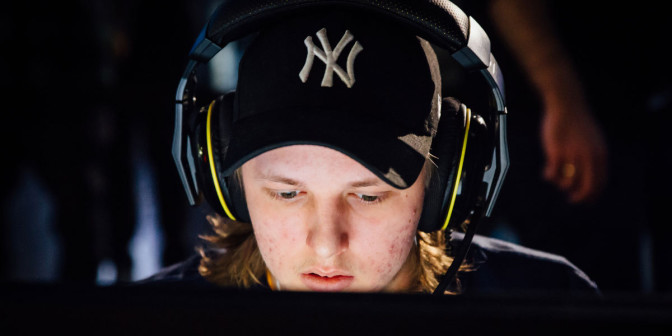 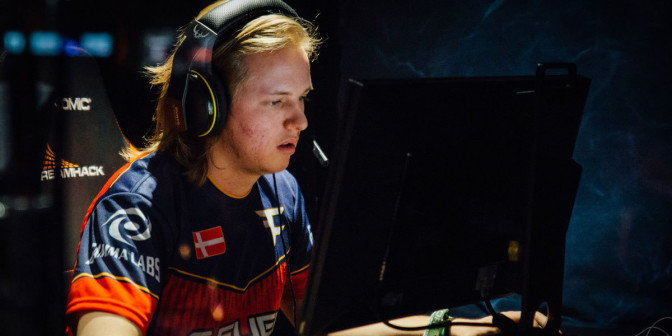 Danish frag machine Philip ”aizy” Aistrup is the latest addition to FaZe Clan.
However, their recent form have not been up to shape, and the million dollar major in Columbus is approaching quickly.
– I still believe we’re able to reach a top four placement in the major, because when we’re peaking – we can beat anyone, Aizy tells Aftonbladet Esport.

Philip ”aizy ”Aistrup had one of his first big LAN showings in Counter-Strike: Global Offensive during Dreamhack Winter 2013, competing against some of that time’s greatest teams, such as Kevin ”Ex6TenZ” Droolan’s VeryGames and Sean ”Sgares” Gares’s compLexity.

Through the years the Dane has played in some of his country’s top CS:GO teams. Recently however, his career took a new turn as he joined up with the likes of Mikail ”Maikelele” Bill and Håvard ”rain” Nygaard in the international squad of FaZe Clan.
– I decided to leave Team Dignitas and join FaZe because I wanted to try something new, and FaZe is a great team. So it was something I decided to take a chance at, Aizy tells Aftonbladet Esport.

As the Dane joined FaZe, he was succeeding Dennis ”dennis” Edman, one of the world’s currently best players who had left the team to join Fnatic. Aizy says the thought of filling his shoes have added extra pressure.
– Dennis is a really good player, hence why he’s in Fnatic now. So there’s of course pressure, but it’s also something I’ve done before, back when I replaced Rene ”CajunB” Borg. Since then I’ve gained a lot of experience, which I lacked of back then.

Does it feel like you have to fill up the role Dennis used to have – or has the team changed and adapted with your arrival?
– We didn’t change much around when I joined, because I came in two weeks before IEM San José. But we’re trying to get more comfortable roles in the team now. We’re still working things out and slowly getting there.

How do you feel playing with this team?
– I feel great, both socially and in game, but it’s a very different team from what I’ve been used to, both play style and communication wise.
– I feel like I haven’t been close to reaching the form I had in Dignitas, because of new spots, play style and of course the communication, which has been very difficult to get used to so fast, but it’s getting much better now.

The team has played for several different organizations: Kinguin, G2 Esports and now FaZe Clan. Through the year they’ve also been pioneering the opportunity to use a coach as ”the sixth player” and in game leader.

First Danniel ”Dalito” Morales led the team. Later Nikola ”LEGIJA” Ninic was fielded. Both of them however eventually parted ways with the squad and just a few weeks ago their third coach entered, former 1.6 professional and Counter-Strike legend, Robert ”RobbaN” Dahlström.
– Without him, everything would probably fall apart, Aizy says on the subject and continues:
– It’s a pleasure to work with RobbaN, hes incredible good at what he does. He really wants to make us the best.

Aizy also says that RobbaN is the one calling in the team.

”We have the potential, we just have to work for it”

The first major of the year is coming up, MLG Columbus. FaZe came top four at the last major in Cluj-Napoca, securing their position as a ”legendary” team and getting directly invited to this one. MLG Columbus will be the first major with one million dollars in the prize pool.
– My own expectations for this event is getting out of the groups, as our performance lately haven’t been the best. I still believe we are able to reach a top 4 placement in the major, because when we’re peaking – we can beat anyone.

What does FaZe have to do to become a top team?
– Just work hard individually and as a team. We’re an english speaking team, which is not our mother language, so it doesn’t come as easy as for us as it does for other teams, but we can only come around that by working even harder. We have the potential, we just have to work for it.