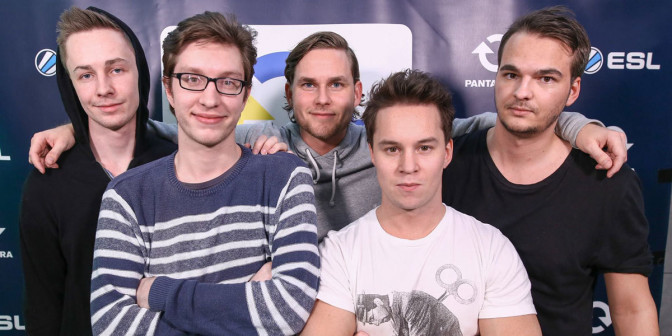 After being replaced in SK Gaming, Casper ”cadiaN” Møller teamed up with the new Scandinavian squad, Preparation.
After two LANs with mixed results, the Danes and Swedes are focusing on the future.
– I am living, eating and breathing CS at the moment, cadiaN tells Aftonbladet Esport.

For the Counter-Strike: Global Offensive community, Casper ”cadiaN” Møller is not an unfamiliar name. Having played side by side with stars such as Chris ”ChrisJ” de Jong, Markus ”Kjaerbye” Kjaerbye and Philip ”Aizy” Aistrup, along with his analytic work at events such as ESL One Katowice, the Dane has become a well known figure in the scene.

As many Danish teams recently went through a lesser shuffle, cadiaN found himself standing without a squad, having been replaced in his formed team SK Gaming. However, cadiaN says to Aftonbladet Esport that he’s still contracted with the organization until the 30th of April.

After the SK era, Danish No Problem approached him with an offer to become their AWP:er for the ESL Nordic Finals.
– I was hooked on the idea. I knew that it would be a good place to show off what I had to bring to the table individually, and in the role that suits me the best, AWP, cadiaN tells Aftonbladet Esport on the subject.

After coming in second at the ESL event, two members went their separate ways, leaving cadiaN, Nicolai ”glace” Jensen and Frederik ”LOMME” Nielsen looking for new mates. In what seems to be a quite unlikely turn of events, they eventually decided to pick up two former Team Acer Swedes, John ”Wenton” Eriksson and Frej ”kHRYSTAL” Sjöström. Together they joined up with the new organization Preparation.

So far the squad has attended two LAN events, Nordic Masters finals and Pantamera CS:GO Challenge.
– We had some ups, we had some downs and in the end we weren’t satisfied with our result at Nordic Masters at all, cadiaN says.

Ahead of Pantamera, however, they had a four day long bootcamp.
– We felt way more confident in playing this tournament, and could see from our team chemistry, practice results and individual level that we were going to have a good tournament.

Preparation showed a strong performance in the group stage, beating Markus ”pronax” Wallstens Ancients 16-1 and Aleksi ”allu” Jallis ENCE 19-17, but they were eventually sent packing after losing the semi finals to Orgless.
– One thing that was important for us as a team though, was that we could rise in the match of third place.
– We agreed that a LAN were we beat ENCE, Ancient and Alternate Attax would be something that we would see as satisfying, so we managed to do so and beat Alternate 2-0.

On a personal level, cadiaN says his focus lies completely on playing Counter-Strike. It will do so for the foreseeable future.
– I graduated last summer, and am planning to focus on CS for a year or two, he says and continues:
– I am living, eating and breathing CS at the moment.

”Communication can be worked on, but it’s not bad”

Teaming up with members from different countries can sometimes take a toll on the communication between players. In 2015 Swedish former Fnatic star Andreas ”schneider” Lindberg spent some time with Danish Team Dignitas, but was soon let go due to issues in that department.

What’s the communication like in Preparation?
– We are all well-educated people and able to speak English, so it’s not at all a problem. Communication can be worked on, but is not by any means bad.

How do you see the future for this team?
– Hopefully good. It’s hard to say, but we are going to start our practice for Copenhagen Games now after a short break and we will see where that takes us.