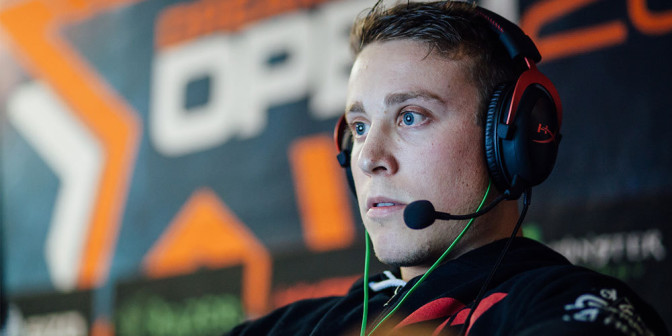 Along with all other North American teams, Counter Logic Gaming were knocked out in the group stages of Dreamhack Cluj.
And now the gap seems closer than ever and the race is on for one team to claim the spot for North America’s best CS:GO team.
– It’s between us, Team Liquid and Cloud9. I think at any given time it’s just about who shows up that day, CLG AWP:er Josh ”Jdm64” Morzano tells Aftonbladet Esport.

At the major tournament Dreamhack Cluj, the American stars of Counter Logic Gaming faced the same fate as their countrymen from Cloud9 and Team Liquid – getting knocked out in the group stages. In an interview with Aftonbladet Esport, Cloud9’s in game leader, Sean ”Seang@res” Gares, said he didn’t know if they’re still the best team in North America. Josh ”Jdm64” Marzano thinks that CLG could be a contender for that position.
– Definitely. It’s between us, Team Liquid and Cloud9. I think at any given time it’s just about who shows up that day. Team Liquid has been looking really strong lately.

”I Believed we were going to get out of groups”

Josh ”jdm64” Marzano has participated at two major tournaments, both with his current american squad. When CLG first appeared at majors, many questioned their ability, but more and more they have proven that they belong in the top.
– Our team is improving and individually I’m improving too. I’m trying so hard to become a better player by watching demos, playing deathmatch – I work on my aim constantly. Every time we come to a major we get better, that’s a given. When I first joined the team I didn’t think we could beat Dignitas right of the bat. I believe we can face any top ten team in a best-of-one and upset them.

At Dreamhack Cluj, the most recent major, CLG were placed in one of the hardest groups at the tourney. In the deciding match against Na’vi they gambled on banning Overpass instead of Inferno, the map they’ve played the least, to trade out what is arguably Na’vi’s best map.
– To be honest I believed we were going to get out of groups. I knew it was going to be hard because we had a tough group and we would’ve had to upset Na’vi or Team EnvyUs.
– It was a hard group and we prepared for it. We watched a lot of demos. Na’vi played very well and are a great team.

Counting ESL Katowice, where Peter ”ptr” Gurney was playing instead of Jdm64, Counter Logic Gaming has been eliminated in the group stages three majors in a row. Jdm64 recognized several areas in which the team needs to improve.
– We have a lot of weaknesses that we need to fix. Our post plants are terrible and when we’re up numbers. We always lose rounds when we have a man advantage because we’re not disciplined enough, but like I said, I’ve seen improvement and I believe we just got to keep working on it.

Jdm64 says he doesn’t see a cap in how good a player can get and improve. On an individual level he is one of the most up and coming players in North America and has lately received much attention for his AWP skills.
– I don’t care if I get noticed. That’s the thing, I don’t care if I’m the number one AWP:er in the world – I care about winning. Obviously I’m going to try and be the best AWP:er in the world and try to be the best player in the world – that’s going to help the team – but what matters to me the most is our team winning. If we end up being the best in the world tand I’m not performing, I’d still be happy about that.