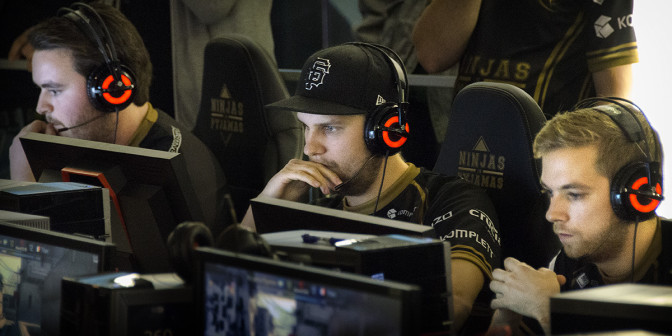 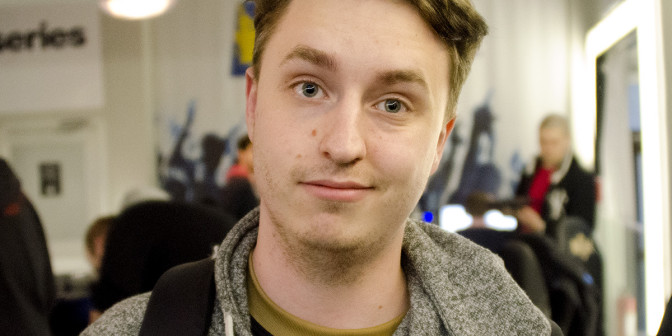 Ninjas in Pyjamas got off to a dream start against Titan on Dust2 in the losers finals at DreamHack Stockholm.
But a 6-0 advantage turned in to a 13-16 defeat and the ESL One champions are eliminated from the tournament.
– It’s a bit typical for us to throw away rounds when the games start going against us, Christopher ”Get_Right” Alesund says after the game.

After the first victory against german Alternate, the Ninjas in Pyjamas train came to a screeching halt against newly formed LDLC lineup. NiP were totally routed, 3-16, on Inferno and got thrown down into the losers bracket, where another fresh french team awaited in the shape of Titan. The deciding map turned out to be Dust2, where the Swedes have been struggling for a while with the 0-16 defeat against Fnatic in Caseking of the Hill as the lowpoint. But the map had nothing to do with the victory according to Get_Right.
– Some days I hate it and some days I love it, but it has nothing to do with the result. We’ve been playing badly on it for a while but today it felt good. In the end, it still wasn’t enough though.

And even though it on paper was a nightmare map for NiP, they got the best possible start as CT when they left Titan trailing 6-0. But when the french team got their first round, they turned the whole game around in an instant. The half ended 8-7 in Titan’s advantage and in the second half they could secure the win 16-13.
– We played really sloppy on our defensive side and lost a huge lead. It’s a bit typical for us to throw away rounds when the games start going against us. Unfortunately, it happened this time as well.

”Should look at our own problems”

Leading up to ESL One, you practiced harder than you had in a long time. Was this defeat the result of not preparing the way you would before a major tournament?

– Yes and no. Before ESL One we had a long break and needed to play more than usual. Now we’ve been playing ok and have been bootcamping for a couple of days, but maybe we should’ve used our time more efficiently. If you think too much of yourself, it turns into a downward spiral. We should be looking at our own problems more than we look at others.
– But we still play our best at every tournament. Majors, of course, weigh a bit more but it doesn’t matter.

Team coach Faruk Pita is sad the fact that his team won’t be playing on the big stage in Ericsson Globe Arena during the finals tomorrow.
– It’s a real drag we won’t be playing there, to stand on that stage and get to experience that. But losses like these only make you come out stronger on the other side. Before Cologne we got our asses kicked in London. We’ll work our way back and figure out what we did wrong. Some of the really good teams put down a lot of time fixing little details. We need to do that too. But the same time Titan played really great, so we shouldn’t just blame ourselves for what happened.