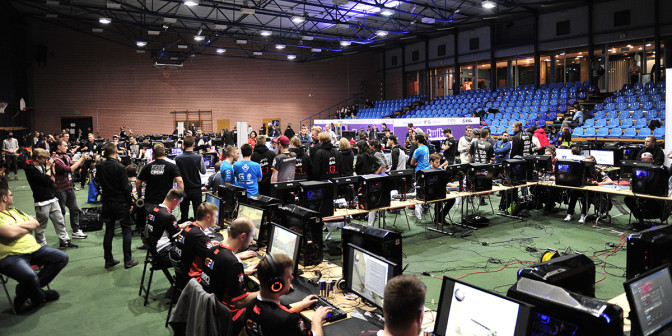 getrightGeT_RiGhT playing against Keyd Stars in the group stage. 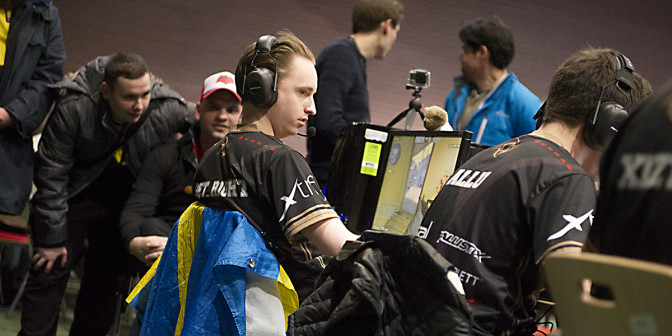 The best players in the world have gathered in Katowice to battle it out in the first major of the year.
During the group play, the stars have been forced to play in a gymnasium away from the main stage, something that puzzles last year’s best player.
– I personally believe that this event should have been a hell of a lot bigger, Christopher ”GeT_RiGhT” Alesund tells Aftonbladet Esport.

Ninjas in Pyjamas, Fnatic, EnvyUs, Titan and Virtus.Pro are some of the big team that have travelled to Katowice for the first major in 2015. ESL One in Poland is one of the biggest tournaments of the year, yet the best player the scene has to offer have been playing group stage games in a small gym. A fact that Christopher ”GeT_RiGhT” Alesund now questions.
– I believe it should have been a bigger venue for this tournament, he says to Aftonbladet Esport and continues:
– But at the same time I don’t know what it will look like when the playoff begins and you’ll see the bigger picture.

To the website Fragbite, an other of Swedens biggest star also questions the tournament organizers.
– It feels like it is 1995.

Ninjas in Pyjamas ended up in a group that might be one of the easier groups, yet the big star still sound a note of warning.
– There’s some truth that this is the easier groups if you look at the rest. But at the same time it is the group of upset according to me. All the teams can win a BO1, but in a BO3 they might struggle. It’s a bit scary to go in to a group stage with best-of-1’s, I just hope that we can hold the Swedish flag high.

At the time of writing this article, Ninjas in Pyjamas are on the verge to begin their game against CLG at the main stage.

Aftonbladet Esport have, without success, sought a comment from ESL.