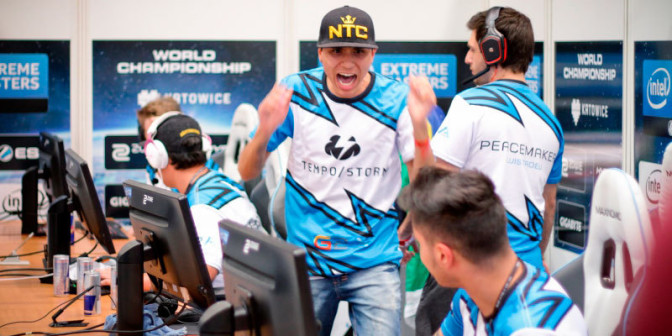 hen1Lucas1cutHen1 with his brother Lucas in front of him

tacohen1cutLuminosity Gaming and Tempo Storm have carried the Brazilian banner to the international CS:GO stages 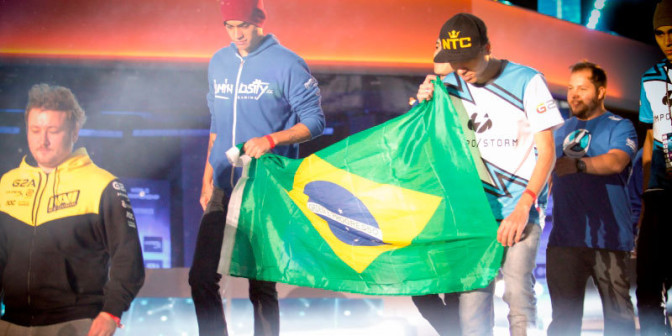 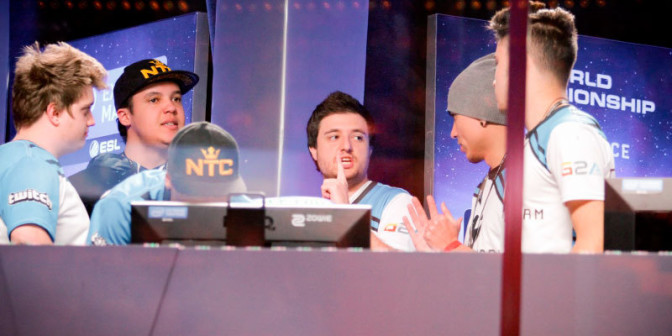 Following Luminosity Gamings success, it now seems another Brazilian team could be on their way of taking the world with storm.
In little time Tempo Storm have gained a lot of attention for their strong results.
– I’m extremely happy, the team’s praised AWP:er Henrique ”hen1” Teles tells Aftonbladet Esport.

Brazilian Tempo Storm have climbed the ranks of the Counter-Strike: Global Offensive scene. They recently traveled to Katowice in Poland to compete in the largest tournament of the year so far, IEM Katowice. Thanks to their strong performances they’ve received praise from both experts and the community.

One of the players is Henrique ”hen1” Teles. The up and coming Brazilian started out playing Counter-Strike in 2002. Seven years later he formed a team with his father and brothers, one of which he continues to play with to this day, his twin brother Lucas ”lucas1” Teles.

In 2013 they got the chance to play in KaBuM.TD, side by side with veterans such as Gabriel ”FalleN” Toledo and Lincoln ”fnx” Lau. However, as KaBuM later merged with another organization the team roster was radically changed, leaving both Hen1 and Lucas1 outside.
– I honestly feel like it was a part of my career that I needed to go through to get better in the game and as a person, Hen1 tells Aftonbladet Esport and continues:
– Obviously I was kinda sad when that happened, because they were like a family for me and it’s always hard when those situations happens. But you have to keep walking and that’s what I did.

About a year later the former team mate FalleN organized a tournament by the name of ”The Golden Chance”. The first prize would be a spot in his newly formed organization Games Academy, with the chance to move to North America and practice Counter-Strike full time.

Hen1, Lucas1 and their new teams mates participated – and won. Today they live in North America, neighbors with FalleN and his Luminosity Gaming, and recently joined forces with the Tempo Storm organization.
– It’s amazing. Here everybody gets full support to have a good life outside of the game. We get to focus for the competitions, plus we get a lot of good practices against strong and experienced teams, and also there are a lot of tournaments to play, hen1 says on the subject.

Most recently the squad participated in one of this years biggest tournaments, IEM Katowice, making it all the way to the quarter finals before getting knocked out by Na’vi. Afterwards Hen1 received a lot of attention as on of the team’s most outstanding players.
– I’m extremely happy about our team and our results, hen1 says and continues:
– I always try to put in a lot of work and every day I try to get better. I honestly still feel like I haven’t reached the top of my game, and I’ve still got – together with my team – a lot to improve.

While it seems quite obvious that Tempo Storm and Luminosity are good friends, is there also any extra competition and rivalry between you two?
– Obviously we’re great friends and we always have fun together, but inside the game it’s totally different and definitely we have rivalry. The world wants to see Luminosity against Tempo Storm in a big tournament, and we can’t wait for that moment as well, the Brazilian says with a big laugh.

Hen1 has come all this way along with his twin Lucas, a rare and unique journey between two brothers
– There’s nothing in the world that pays our accomplishments together. I will never leave him and he will never leave me, we were born and created like this and that’s how its going to be.

Do you think there’s anyone on your team that is getting too little credit for the success?
– Everyone thinks a team only has 5 players, but that’s not true. On our team we got 6 players. Our coach Luis ”peacemaker” Tadeu is one of the most important pieces, especially because he’s our in-game leader.
– I think everyone from our organization, our boss Andrey ”Reynad” Yanyuk. Also Ricardo “dead” Sinigaglia and his wife Camila are responsible for our success.
– A team needs to be like a family, otherwise you’ll never get to the top in my opinion.