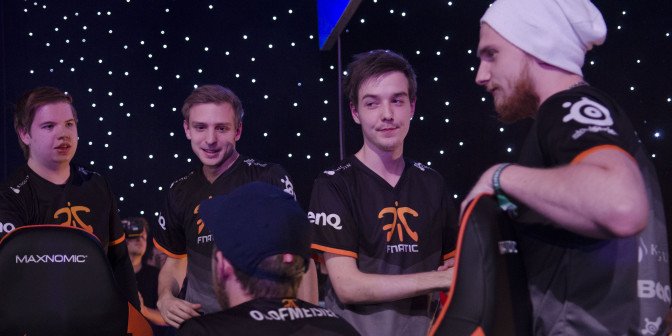 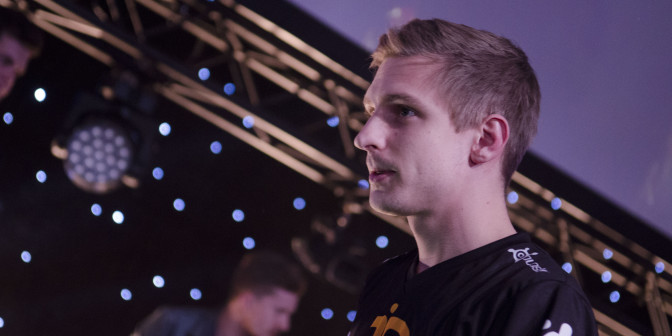 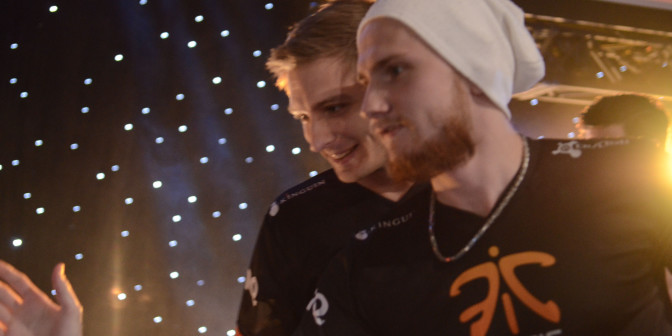 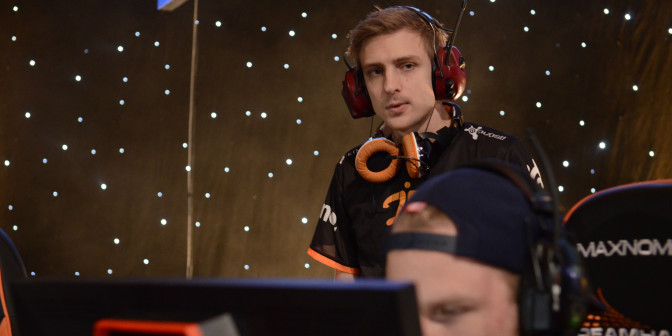 The rumors about changes in the Swedish superteam Fnatic have been tossed around for a long time.
Supposedly the reason behind it is social issues within the team, and now the Fnatic coach Viktor ”Vuggo” Jendeby admits that there used to be struggles that now have been resolved.
– If you’re having fun when you play and practice, like we do, then that’s enough, Vuggo tells Aftonbladet Esport.

The Swedish super team Fnatic came out victorious from the major tournament ESL One Cologne. For them the victory meant the second back-to-back title in a major, something that no other team have accomplished. Still, the rumors about supposed changes within the team run wild like never before, something the Fnatic coach Viktor ”Vuggo” Jendeby takes a strong stance against.
– I would say it’s just bullshit, that we do not work together socially, he tells Aftonbladet Esport.

However, Vuggo does admit that there used to be social struggles in the teams early era, but that the issues now have been resolved.
– We have lots of fun together. Although you don’t need to be best friends with your team mate, and you don’t need to feel that you want to spend all of your free time with them 24 hours a day. As long as you have fun when you play and practice, like we do, then that’s enough.

”You can not accept that your IGL doesn’t frag”

On Monday, extra fuel was added to the already fiery rumors about possible changes. On twitter, a short and open discussion was held about possibly using an in game leader that stand behind the team in Fnatic. A concept that according to Vuggo would ”be fun to try”.
– If you look at the beginning of CS:GO you had quite clear roles. You had one AWP:er, one aggressive madfragger, one defensivly madfragger, a support player and the in game leader. Slowly but surely the support role has disappeared, because you need more fire power in a team. More and more players have been shaped to take on all roles. Olof ”Olofmeister” Kajbjer has started playing the AWP, Jesper ”JW” Wecksell plays both offensively and aggressively, and so on. You are forced to evolve your own game and have a wider set of skills. I think the natural step is that you can not accept that your IGL doesn’t frag as well as other players.

Have you discussed making changes like this in Fnatic?
– No, we have not.

Vuggo says that having an IGL behind the plays works better for some teams than others. He mentions Team Kinguin as a successful example and thinks that Mousesports could do very well with it.
– If Fatih ”Gob b” Dayik could assume a coach role and they take back Timo ”Spiidi” Richter. Run that five man lineup which they have the potential to do, with Gob b behind, and I think they could become a top team. They are that good individually.

Yet, there is one thing that could force Fnatic into making changes. The teams tactical leader, Markus ”Pronax” Wallsten, has a diagnos that makes his nerves in the fingertips numb when overworked.

Today, the diagnos means that Pronax has cut down on the individual training. According to Vuggo, the situation is under control and even if it means less practice, it wont effect the team in the nearest future.
– It’s not a problem when we’re playing and things like that. This is more a preventive measure so he doesn’t get injuries for life. How things will look in six months is hard to say, and should he be forced to step down I hope we can find a cooperation in which both of us can be coaches, or that he leads the team standing from behind them, because I don’t think we would be a top team without Pronax’s  brain, Vuggo explains.

”Me and Pronax have quite different opinions”

Since the Swedish fan favorites Ninjas in Pyjamas has taken a couple steps down on the world rankings, Fnatic are now widely considered the best team in the world. When NiP are discussed by experts and by the community most people agree that it’s their approach to the game that has caused the downfall. An approach that worked well in their glory days of 2012/2013, but now needs to change.
– I tend to agree with that, Vuggo says and continues:
– They seem to have a naive over belief in themselves, that ’this works, let’s go, we are good enough, we don’t need a super anti strategy, we don’t need to play differently, let’s just run our race and things will work out’.
– I think we are actually on the same track, that we need to sit down and start thinking if some play styles really are good against other certain teams.

How are you working to avoid what NiP are going through?
– Me and Pronax sit down at least once a week and openly discuss what we think works, what doesn’t work and against which teams, if there are teams we think are doing something good and if so why it’s good. We just sit down and discuss, and often were critically towards ourselves, Vuggo says and continues:
– We have quite different opinions when it comes to things like this, and I guess Pronax is most often right. But I think my opinion often helps him to look at the game in new ways and see things from another perspective. I think we get a lot out of this.

Vuggo helped Fnatic as an analysts at the major in Katowice earlier this spring. The major in Cologne was his first major victory as a coach. Previously Jonatan ”Devilwalk” Lundberg used to be the coach of Fnatic, but earlier this summer he stepped down to pursue his dream of once again being a competing player.

How are you as a coach compared to Devilwalk?
– I think Jonatan was a great coach that knew the players well, but somehow I think he felt limited in his role. It feels as if he didn’t actually want to be the coach, even though he did a great job. It feels as if he wanted to play and compete, and in some ways maybe that held him back. I personally love being a coach and think the role suits me very well. I do those boring stuff, because I know it’s good for the team, while Jonatan wanted to compete and I think maybe it was harder for him to do the hard work.

”Team Solomid are our biggest rivals”

The playoffs at ESL One Cologne brought quite a show with a plenty of close matches. However, as the first semifinal ended it became clear that Team EnvyUs were going to the finals, and not Team Solomid as most people predicted. The classic battle between the Danes and Swedes was wasted.

Are TSM your bigget rivals?
I would say that. Since NiP has drawn back and are having a hard time delivering results, and since EnvyUs have changed players. The only team that consistently have brought tough matches against us are TSM. Even if we often play close against Virtus.Pro, it feels as we’ve got the edge on them. And it’s not as big a rivalry there. TSM are our biggest rivals and VP the clear second.

What are your thoughts on the new EnvyUs?
– They play very much based on individual skill, so just knowing the player is a big part of defeating them, Vuggo says and continues:
– Before the major we watched all of their official matches with the new line up, and our conclusion was that they aren’t doing anything special. Maybe later they are going to start working on more tactical rounds. Vincent ”Happy” Cervoni is an IGL that works a lot with mid round calls and reads the game wellnmore than trying to execute sick tactics. I don’t think they will be able to surprise us on a tactical level, so if we just play our A game, both tactically and individually, we will never have issues against EnvyUs.

”The HLTV-community are a very special bunch people”

Towards the end of 2014 a storm of cheating accusations blew in over the CS:GO community. It all started with a list of players that, according to the author, was cheating. Very soon two of the accused players were banned, and afterwards another players, Robin ”flusha” Rönnquist, became the main target of a wide scaled witch hunt.
– The HLTV-community are a very special bunch of people. They always have something to complain about and always find some shit, Vuggo says.

Today the accusations have more or less disappeared. Few would, on a serious note, claim that the individual performance from Flusha originates from a cheat.
– I think they just got tired of it. There are still people who think he cheats, or cheated. A lot of people write that ’He used to cheat 100 percent, but not any more’. I think it’s just bullshit, but it feels as if they got tired of it and found something else to complain about.

Are there any concerns within the professional scene about cheating?
– I’m not worried that someone might cheat. ESL have very strict methods. At ESL One Cologne we had to turn in our gear two days before the matches. They check all gear, you leave your phones and they have drug tests. Very strict methods so that everything is done right. And then Flusha goes on to dominate the major, then you know that’s his potential. He is as good now, as he was when people thought he was cheating. And if people can perform under the conditions at ESL, there is no doubt that no one there is cheating.