Joakim ”Jkaem” Myrbostad attended ESL One Katowice 2015 with LGB and was only four rounds away from securing the dream of a top 8 placing.
At Dreamhack Cluj-Napca he get’s a new major chance with Gamers2, but he knows the road ahead is tough.
– It’s insanely hard now that all teams are so sick. The top 3 teams, Fnatic, EnvyUs and Team Solomid are incredibly skilled.

The top Norwegian players found themselves in dire straits as Håvard ”rain” Nygaard left LGB eSports to join forces with Team Kinguin. Once again a Norwegian team had been shattered and the players left without motivation.

Then, in a small Scandinavian shuffle, Copenhagen Wolves was formed. With a mix of some of the greatest Swedish and Norwegian talents the target was set to become a world class team.
– The goal was first to qualify for the major. I think we had a really strong lineup that could’ve become good. I thought LGB was good as well, but after Rain left the motivation wasn’t very high. We barely practiced and switched players all the time. But in Copenhagen Wolves I felt we were on the way. When we reached the semifinals at Dreamhack London we knew that we had become a good team in a short period of time, Joakim ”Jkaem” Myrbostad tells Aftonbladet Esport.

”You just have to keep focused”

After Dreamhack London, where Copenhagen Wolves were defeated by Team EnvyUs in the semi finals, the team went on to play at Dreamhack Stockholm, the offline qualifier for the next major in Cluj-Napoca, Romania.

That’s when things started to fall apart. In the decider match against FlipSid3 Tactics the Scandinavian lineup fell short and lost 2-0.
– Right then you were a bit mad, but you just have to keep focused and remind yourself there’s another major. We weren’t an old team, we had jus started, and Gamers2 came into the picture pretty much right afterwards.

Jkaem then decided to follow in the footsteps of his former team mate, Rain. Gamers2, that had formerly been known as Team Kinguin, offered him a spot in their lineup and Jkaem accepted..
– The players contacted me and asked if I was interested and if I would accept if they made an offer. After we failed to qualify I spoke with them and a dialog was started. There have been a lot of speculation, because someone in my team tried to stop the hand Gamers2 were reaching out by talking with media and saying G2 forced me out of the contract. That’s not how it was, it was my choice. What I want is to play CS:GO full time, to support myself by playing CS. Overall it was an easy choice.

Would it be correct to state Copenhagen Wolves was a short term project?
– I wouldn’t say that. Had I not joined G2 I think we’d probably still be fighting as a team.
– I hope they figure out where they want to go from here. It would be great if they continued, but it doesn’t look that way. The Swedes have been playing with their old team mates. I don’t know what’s gonna happen, but I hope they figure it out and put together a good team because they are skilled players.

”No one is getting kicked”

Adil ”ScreaM” Benrlitom’s departure from Gamers2 opened a spot for Jkaem. When ScreaM left however, he said the atmosphere was ”really bad” because the Scandinavian players spoke a lot of Swedish. He said groups had formed within the team. This has led to a strong belief within the CS:GO community that Gamers2’s portuguese AWP:er, Ricardo ”Fox” Pacheco, would be next to leave or get kicked.
– This is the lineup – we are going to the major – and no one is getting kicked. Right now we’re just focusing on performing as well as possible at the major.

ScreaM said groups had been formed. How do you communicate within the team?
– It varies depending on the situation. If it’s me and Mikail ”Maikelele” Bill left we speak Swedish. Me and Rain speak Norwegian. At the start of each round we speak english. It’s not an issue.

What do you think Fox thinks about that?
– We’ve been discussing it internally and we’re testing different things. When talking on Teamspeak outside of the game we speak in English so he’s involved. Everyone are involved. I don’t think the communication is an issue.

As Scream left to join forces with Titan, a rumor was published by Fragbite stating that players from G2 and Ninjas in Pyjamas were to combine and form a new team. In the suggested lineup Jkaem was nowhere to be found.
– I don’t think those rumors are true, so I just don’t care about it. I haven’t really thought about it much and don’t think it’s going to happend.

”Everyone wants to play”

Gamers2 have made a name for themselves by embraced the possibility of using a coach as in game leader. Recently however, Aftonbladet Esport could reveal that former G2 coach Nikola ”LEGIJA” Ninic had been fired.

Jkaem says the team has been talking about finding a new coach, but right now the search has been put on ice to focus on the upcoming major. Meanwhile different players have tried steering the ship that is Gamers2 and right now Rain is likely to make the calls at Dreamhack Cluj. Finding a good coach is hard, according to Jkaem.
– A coach must have a really strong will and invest a lot of time. I don’t think he gets as much in return as the players do when it comes to money, which makes it harder to invest time and, figure out new stuff and watch all those demos.
– Everyone wants to reach a high level and play with the best. CS is getting bigger and is going to become huge. When there’s so much money on the line everyone wants to play.

Competing at a major tournament is for most CS:GO players a big career goal. Jkaem has previously attended ESL One Katowie 2015 with LGB, but they were knocked out after loosing to PENTA Sports. With Gamers2, Jkaem gets a new chance at Dreamhack Cluj in 2 weeks.
– All focus is on the major. In 5 days we are going to bootcamp in Berlin and practice for a week.
– The goal is to place at least top 8. That’s a dream for me, I’ve never done that before.

How much does it affect you that you’re a fairly new lineup?
– It matters of course. Especially the tactical parts, but we’re a good team individually and I also think we communicate well. If we nail the communication and don’t get mad I think we’ll get far just from our individual skill.

What are your expectations?
– It’s insanely hard now that all teams are so sick. The top 3 teams, Fnatic, EnvyUs and Team Solomid are incredibly skilled. 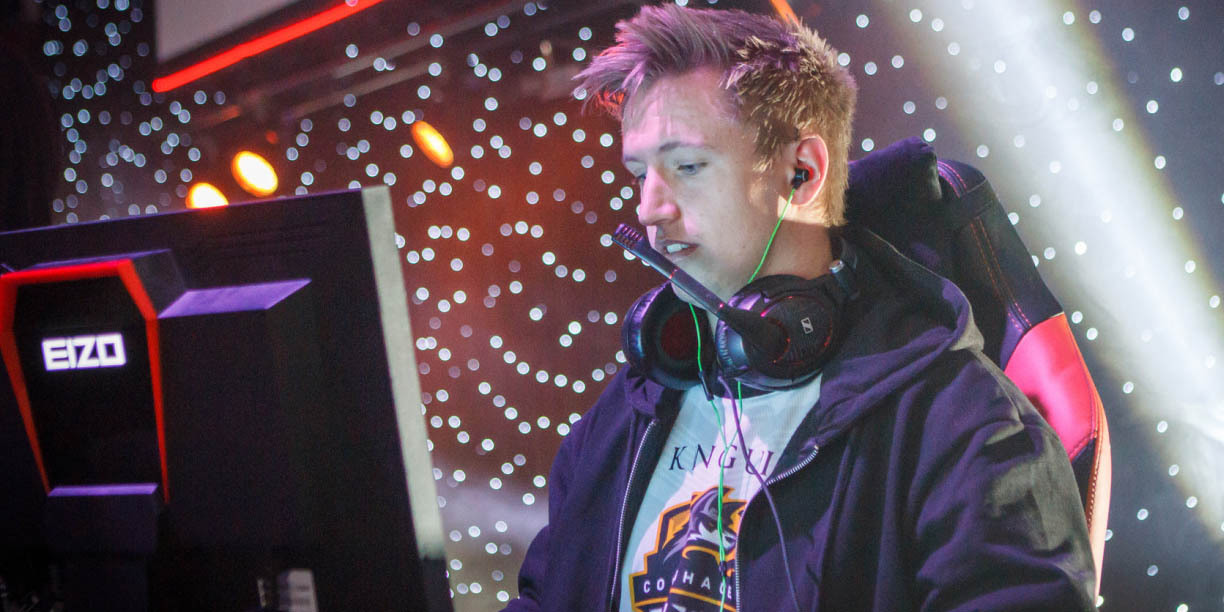