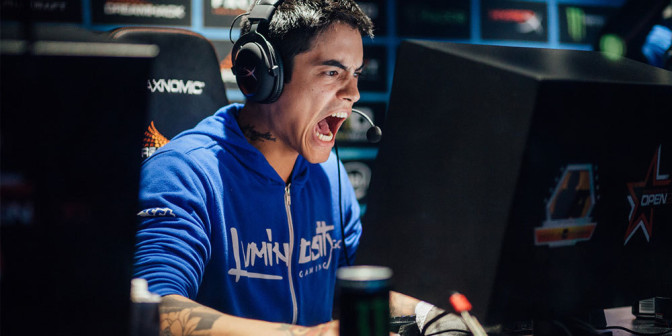 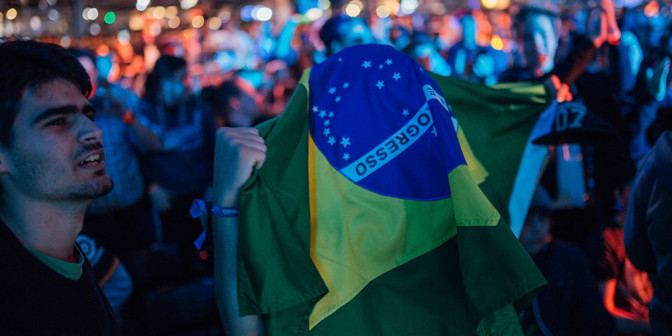 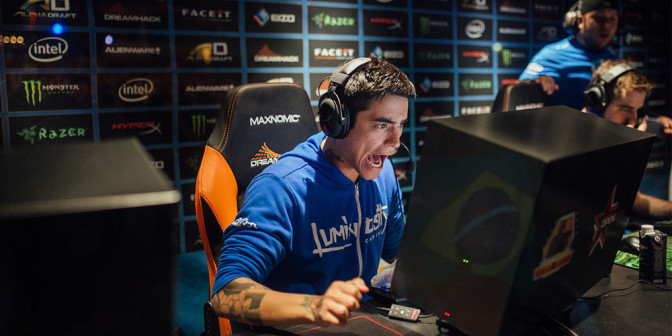 Luminosity Gaming went through a team shuffle ahead of the FACEIT finals at Dreamhack, forming what they call ”their dream team”.
And even though the dream of winning the tournament did not come true, they surely pulled of an amazing run, placing second place after barely any practice together at all.
– Right now it’s all just based on pure talent – we have no team work, newly recruited Lincoln ”fnx” Lau tells Aftonladet Esport.

The Brazilians of Luminosity Gaming truly pulled off a miracle run during the FACEIT finals at Dreamhack Winter 2015 in Jönköping, Sweden. Only two days ahead of the event their lineup had been shuffled, bringing in Games Academy stars Lincoln ”fnx” Lau and Tacio ”TACO” Filho to replace Lucas ”steel” Lopes and Ricardo ”boltz” Prass, along with Wilton ”zews” Prado replacing the former coach Renato ”nak” Nakano.

Even though some teams have caused huge upsets shortly after radical team changes, such as Fnatic at the Dreamhack Winter major of 2013, slumps in performance generally accompany roster changes. Luminosity Gaming proved everyone wrong in what could be considered one of the most unexpected journeys at a Counter-Strike tournament ever.

”My team is just awesome”

The Brazilians saw themselves beaten down on the first day of the tourney, losing 16-0 against Fnatic. A complete turn-around followed the next day.

Gabriel ”FalleN” Toledo and his South American soldiers went up against some of the most skilled and legendary players in the scene. And after beating Team EnvyUs, Ninjas in Pyjamas and Team SoloMid they were set to play in the grand finals against Fnatic. The Swedes however, proved much too strong and won the first prize 2-1 in maps.

Aftonbladet Esport met up with one of the recent recruits, 1.6 veteran fnx, for a chat about the team swap and their strong performance.
– I feel amazing because all my life I’ve always wanted to be on the best team, and I know that this team is the best team I can be in, fnx says and continues:
– On the first day we lost 16-0 against Fnatic and we’re a team that has not practiced one single day, because we’re a new lineup. Now we came here and took out the world champions EnvyUs and the home team Ninjas in Pyjamas. I couldn’t feel any better, my team is just awesome.

”We just made our dream team”

Fnx and TACO were recruited from Games Academy, an organization founded to bring life into the Brazilian CS scene, and help it prosper and grow.
– Me and Taco used to stand out in Games Academy. FalleN, Fernando ”fer” Alvarenga and Marcelo ”Coldzera” David  used to stand out in LG. So we just made our dream team and right now it’s all just based on pure talent – we have no team work.
– We’re a really skilled team and once we get rolling no one can stop us.

How important is Games Academy to the Brazilian CS:GO scene?
– GA means the world to Brazil. It’s where all the new talents come in. It’s an investment in Brazils future and esports. I wish all the best to Games Academy and that tons and tons of players comes out of Games Academy to represent our country, just like we’re doing at the moment. It means everything to us.

”I try to change the game”

Along with Fnx and TACO, Wilton ”Zews” Prado was also recruited as the new coach of Luminosity Gaming. He’s a former player and in game leader from Games Academy, but now his contribution in tournaments are made standing behind the team.
– I’m more of Fallen’s right hand. I give him calls in the middle of the round, and he usually trusts me when I give them. When I see an opportunity I try to change the game, predict what the other team is doing and lead them in the right direction.

Was it an hard decision to leave GA?
– It wasn’t easy for me, it was a hard decision, but it’s a once in a lifetime opportunity. I loved working with Games Academy and the whole Brazilian community, but I want to be a world champion, these guys as well, and I want to help them get to the top and I think I have a lot to add to this team.

Luminosity are currently in Cologne, Germany, boot camping ahead of the second season of ESL ESEA Pro League. What they might accomplish in the future remains to be seem.