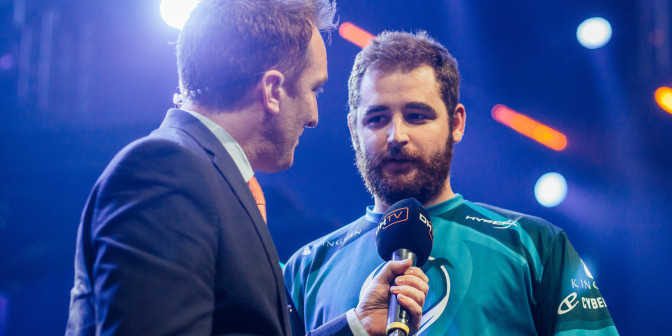 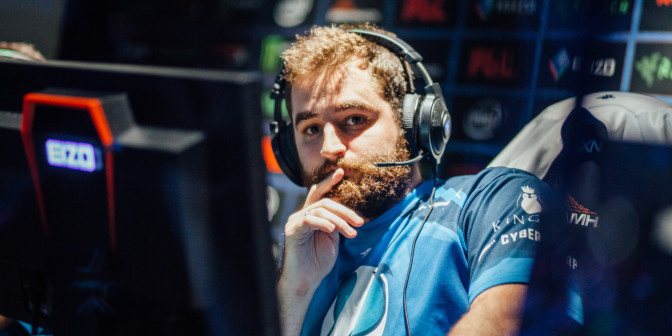 Major by major the Brazilians from Luminosity Gaming has surprised and caused upsets.
After ESL One Katowice, however, something changed as the squad brought in Marcelo ”Coldzera” David over Caio ”zqkS” Foncesa.
– We were losing our mental strength and adding Coldzera to the team brought it back, Gabriel ”FalleN” Toledo tells Aftonbladet Esport.

The Brazilian 1.6 veteran Gabriel ”FalleN” Toledo is back. Since his return to CS:GO he has lead his team, Luminosity Gaming, to two back-to-back legendary placings at major tournaments.

On the side he runs a project called Games Academy, where he helps new Brazilian players and tries strengthen the local scene. Some go as far as to say that he saved the Brazilian CS community.
– I think people have a lot of respect for me, because when the star players stopped playing 1.6 – I kept playing. With my project, Games Academy, I try to keep the scene alive by doing a lot of tournaments and trying to help beginners to learn. I try to help the scene so we get more exposure and more good things to Brazil. I’m really grateful for the feelings the scene has towards me, it means a lot, FalleN tells aftonbladet Esport.

”They know we can beat them”

In the aftermath of ESL One Katowice, Luminosity replaced Caio ”zqkS” Foncesa with up and comer Marcelo ”Coldzera” David. At the most recent major, Dreamhack Cluj, Coldzera played a vital part in causing some of the biggest upsets ever at a major. In the group stages they won against Cloud9 and Fnatic – and were on the verge of beating major finalists Na’vi.
– It’s funny because every time we come to Europe we play Fnatic a lot. We practice together and we know how to play against them. In my perspective – when we play Fnatic – it’s different, because they know we can beat them so they change their style and play more passively.

How has the player change affected the team?
– I think it helped a lot, because we were losing our mental strength and adding Coldzera to the team brought it back. So I’m really happy with the change.

How do you feel about playing at the majors?
– It’s amazing, because less than one year ago we weren’t even playing international events. Now we’re playing our third major in a row and continuing to become legends.

”We were a little sad”

The Brazilians no longer live in Brazil. Instead they’ve moved to North America – and by doing so leaving their homes, families and girlfriends behind – in order to improve their performance and practice against stronger opponents.

Since then they’ve switched organization from Keyd Stars to Luminosity Gaming. A consequence was that the former Luminosity players, Jonatan ”Devilwalk” Lundberg and Jacob ”pyth” Mourujärvi, had to leave.
– We felt a little bad because it was actually Peter ”ptr” Gurney, who was playing for Luminosity back then, that introduced us to the owner. That wasn’t intentional. They were trying to help us and create a second team, but the tournament organizers didn’t allow an owner to have two teams – so he had to pick one. There were a lot of factors in that decision, but I think he did everything he could for the guys even after breaking with them, FalleN says and continues:
– We were a little sad for taking their place, but they have new homes now so.

Luminosity Gaming were not allowed to own multiple teams. At the same times companies such as Digilife owns several organizations, Copenhagen Wolves, Ninjas in Pyjamas and LGB eSports. Fallen does not have anything against it.
– Because I don’t think players would throw. At least I wouldn’t and I think that’s also how others think, but I don’t know.

FalleN is truly a veteran in the CS community. He has witnessed the scene’s growth over the years and he’s got but one word to describe the evolution: Crazy.
– I remember when the peak was 15 thousand veiwers and just now we have over 400 000 people watching. It’s crazy. People love counter-strike. It was like this 10 years ago in 1.6, and now I think it’s back.