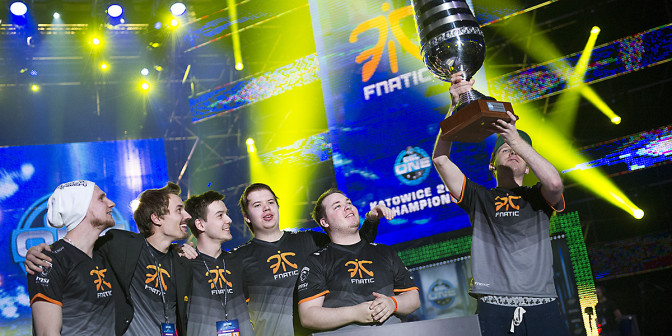 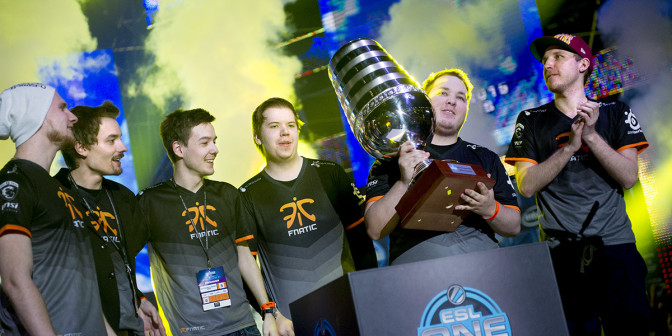 fnaticmästareFnatic with Devilwalk as coach won the major tournament ESL One Katowice 2015. 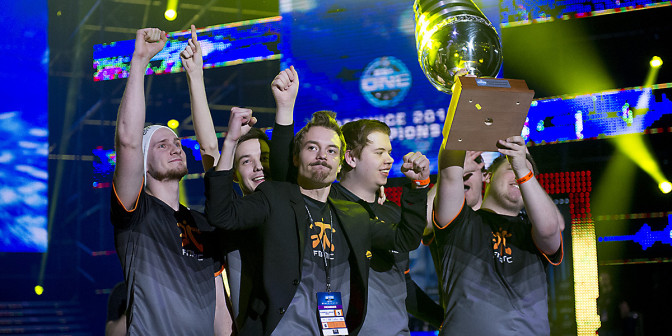 He claimed his first major win and was the MVP of the whole tournament during ESL One Katowice.
But according to Olof ”Olofmeister” Kajbjer, Fnatic are nowhere near tired of dominating the CS:GO scene.
– It was the first major victory for me and Krimz, but we’ll win more, he tells Aftonbladet Esport.

In the first major finals of the year, both teams involved had a chance to become first ever with two wins. Fnatic eventually drew the longest straw as they beat Ninjas in Pyjamas in a thrilling finals after winning Dust2, losing Cache and getting revenge on Inferno, the map that cost them the major title in Cologne last year.

”It’s a mix of relief and euphoria”

But for tournament MVP Olof ”Olofmeister” Kajbjer, the win was his first major and afterwards he’s having a hard time describing what the victory means for him.
– It’s hard to put it into words. A mix of feelings, relief and euphoria. I have to process it for a couple of days because it’s hard to do while you’re up on that stage, but it was extremely awesome, he says.

Entering a packed arena in front of 10 000 screaming fans and over one million viewers at home is an experience he’ll probably never forget.
– It was incredible and kind of hard to fathom. It so cool to see that esports have come this far. Especially with CS:GO, and I think it’ll just continue to grow and grow.

Must feel good to be the best team in such a flourishing game?
– Yeah, we’re in a good spot, he says and smiles.
– And you grow along with the game too.

”Talked about not repeating our mistakes on Inferno”

During the whole tournament, Olofmeister has been one of the most standout players with the best stats in total.
– I usually play good at majors but it’s the first time I’ve been the MVP at a tournament and to pull it off at a place this big is really great, especially when records are being broken at the same time, he says and talks about the 1 million concurrent viewer mark that was surpassed during the last rounds of the game.

At ESL One Cologne, Fnatic lost to Ninjas in Pyjamas on Inferno, a map that would decide this game too. Before the decider, Olofmeister and his team looked back to what they did wrong in August last year.
– We started talking about our last major finals and what kind of mistakes we did then to not repeat them. On Cache we started using tactics we haven’t used in a long time so we said ”we have to get back to our game and prove we’re better than them”, which we did.

”I cheered before I got killed”

But even though Fnatic went up to match point, the Ninjas started creeping back into the game.
– When we got 15-8 it felt pretty calm, but of course we got nervous because NiP can always pull off a comeback. But they didn’t completely shut us out and won a lot of 1v1:s and 2v2:s, so we knew that eventually it had to turn to our advantage.
– I actually cheered before I got killed on the last round because I knew we’d win when Krimz had a good position and they were running out of time, I was sure of it.

How will you celebrate now?
– Since we missed the party last night we’re gonna sit in the hotel lobby and have a few beers and talk everything through. Then we’ll take a break for a couple of days.

Will you be able to preserve your amazing form going forward?
– To be honest we’re practiced more than before but not close to what some teams do, I think. A couple of teams have practiced 12 hour shifts which is too much. It’s better to have a quality practice and we’ll stay in shape. But it’s hard to claim the trone and even harder to keep it.

But Olofmeister still promises that Fnatic will stay on top for a long time.
– A couple of our players are the first to win two majors. For me and Krimz it was the first, but we’ll win more.