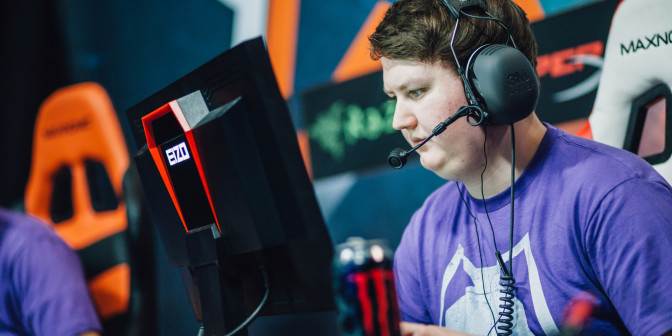 Jacob ”pyth” Mourujärvi travelled across the Atlantic Ocean to pursue his dreams of becoming a top player.
So far he’s had to switch organization, but it’s the changes in the team’s roster that’s been the biggest issue.
– There are lots of egotistical and arrogant people, pyth tells Aftonbladet Esport.

Jacob ”pyth” Mourujärvi moved to North America and has since then gone through changes in organizations, team mates and his mindset in-game. In the Swedish community he is often considered one of the greatest talents, but for a long time his and many others’ gaming careers were not moving anywhere.
– It feels like most Swedes with potential have been left out, since Ninjas in Pyjamas and Fnatic are pretty closed. They are two really good teams that know each other incredibly well and won’t switch players for many months. Well, we’ll see what happens now, maybe someone new joins NiP or Fnatic, pyth tells Aftonbladet Esport.

What do you think about your time in Sweden?
– It’s been quite difficult to create a third Swedish team, because there haven’t been any good leaders. We got off to a pretty good start with Team Orbit, we played well together and had the same goals. But then Alexander ”SKYTTEN” Carlsson decided to leave, and so did I because the team pretty much fell apart, pyth says.
He later mentions Jimmy ”Jumpy” Berndtsson as a good and strict leader.

Pyth vs. Ninjas in Pyjamas.

”Some have been very difficult to deal with”

About six months ago pyth left Sweden to pursue his dream of becoming a top CS:GO player. He travelled across the Atlantic ocean and joined forces with Luminosity Gaming in America.
– It was hard to find an organization that offered good salary to all the players. In America it’s much easier. So it was primarily the salary that made me decide to move, otherwise I would’ve had to get a job to continue playing in Sweden, pyth says and continues:
– I had some other options, but I felt like this was the best one for me. The guys I play with are really cool and have great ambitions.

Since the move, pyth and his team mates have had to search for a new organization. Luminosity Gaming were forced to let the players go in order to recruit former Keyd Stars. The whole matter was however a mutual decision and it’s really the lineup changes that has been an issue.
– It’s been quite hard with some players that we’ve had to replace. Some have been very difficult to deal with and didn’t have the correct attitude nor mindset to play in a professional team.

Is there anyone in particular you’re thinking of?
– There are lots of egoistic and arrogant people, thinking they’re always right etcetera. You don’t have that mentality as much in the professional scene in Sweden.

As a consequences of standing without an organization, a lot of energy has been taken up looking for a new home. It’s been stealing time from practicing and the team has yet to show strong and consistent results.
– We need to play more to become better, pyth says.
And the winds of change might be blowing. Recently the squad was recruited by the american organization Winterfox.
– We’re moving to Chicago, we’re getting american visas and once we get to play more things will probably go a lot better.

At Dreamhack Stockholm, the offline qualifier for the upcoming major, the team played their opening games under the Winterfox Banner. After only two matches they were eliminated, which means they won’t be competing at the major tournament Dreamhack Cluj. Pyth himself has never played a major.
– It’s a bit sad, I was looking forward to it, pyth says and continues:
– We played well in all matches, but weren’t able to close them out. At least you can see that we have improved.

The Winterfox squad consists of players from many different countries. David ”Xp3” Garrido from France, the swedes pyth and Jonatan ”Devilwalk” Lundberg and the americans Todd ”anger Williams and Alex ”LeX” Deily.
– We pretty much have the same mentality. Devilwalk, Xp3 and Lex have a lot of ideas of what they want to do. Sometimes everyone talks, and have their own plans, which actually sometimes lead to arguments and conflicts. It becomes quite hard to decide what to do.
– I think we just need to work on our plans and talk more about what to do. Maybe let LeX be the leader and not others having their own plans. It’s very good if you have an IGL with his own plan.