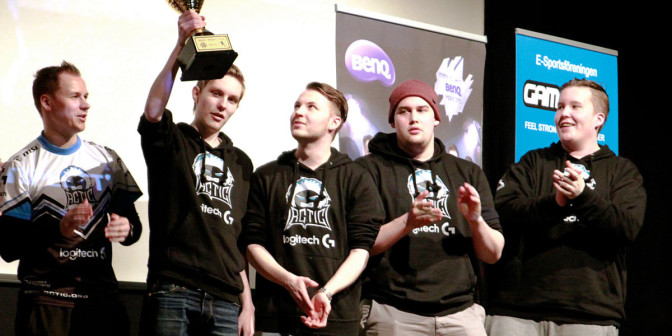 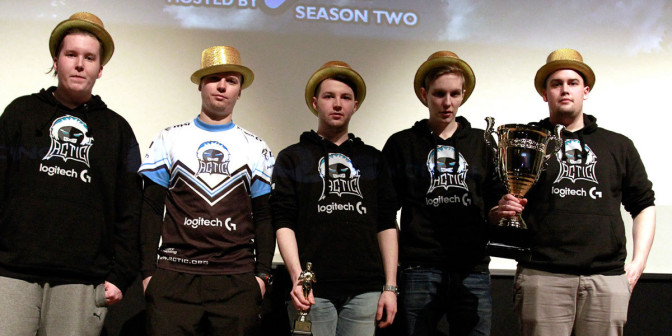 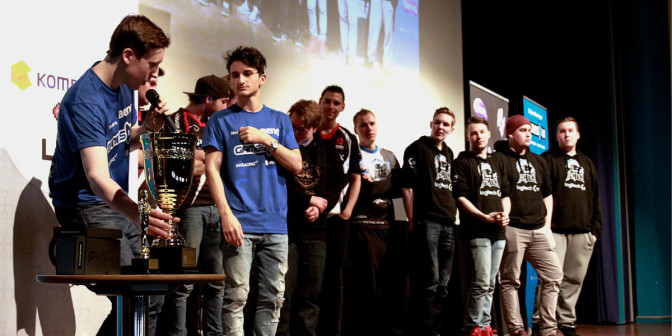 In 2016, five Finnish gamers made a grand decision as the moved in together in Kerava, Finland.
They’d already stuck together for eight months and decided to go all-in for the game they love, leaving jobs and studies behind.
Now the golden medals have started to roll in.
– If we can keep this up, learn from our mistakes, really focus and acknowledge that the road ahead is still long and that it’s hard work with a lot of hours, we can be a top team in the world, RCTIC member Slaava ”Twista” Räsänen tells Aftonbladet Esport.

Slaava ”Twista” Räsänen was a Counter-Strike competitor back in the days of 1.6, several years ago. He left the scene in 2009, but as the launch of Global Offensive approached, the then 24-year old Finn decided to once again try his luck with the classic FPS game.
– I wanted to see if I still had it in me, Twista tells Aftonbladet Esport and continues:
– People said I was too old for the game, that it’s for youngsters, but I don’t see it that way. I think that if I work hard I can do just as well as the young players.

Today he’s 28 years old and has played with his team, RCTIC, for eight months. In November they won AlienTech AllStars in Portugal, inspiring the squad’s members to make a major decision, transforming their daily lives. Four of them left jobs and studies to completely shift their focus on to CS:GO.
– If we want to grow, we have to go all-in. We decided to start looking for an apartment, we moved in and started practicing like real professionals. We told RCTIC about our plans and they thought it was a good idea and supported us. Now we’re here, and have been living here for a month and a half.

”This proved to us that we’ve still got it”

Their hard work seems to be paying off. Despite suffering a defeat at Assembly 2016, the team once again found themselves hyped and motivated after receiving a call from the organizers behind Nordic Masters, a tournament focusing on the semi professional scene.

The voice on the other side explained that Copenhagen Wolves had been forced to cancel their attendance, due to Lukas ”gla1ve” Rossander being hospitalized after competing at Assembly with a collapsed lung. RCTIC was asked to replace the Wolves for the season finals – which they were more than happy to do.
– It was awesome. Assembly was such a disappointment for us. We were in Finland playing and could’ve done a lot better.
– We knew this tournament would be perfect for us after Assembly, to see how we could play against these kind of teams, to see if we’ve still got it.

Three days after landing in Älmhult, Sweden, RCTIC beat Norwegian BX3 and were crowned champions of Nordic Masters.
– This proved to us that we’ve still got it and can do good.

How was the event itself?
– For a small tournament it was perfect. Minor problems in the start, but every tourney has something. It goes with the flow. I don’t mind it.
– I can see them [Nordic Masters] growing in the next season and we’ll definitely be there.

”Showed they don’t have the skills”

For the season finals two female teams had been invited, Team Property and LGB eSports. In the end however, both of them ended up at the very bottom.
– I was looking forward to see how they would perform in a tournament like this, because there were many teams they could or should have won against.
– Let’s just say this was a perfect opportunity for them, but they kinda showed they don’t have the skills yet to compete with the guys.

Twista basically thinks the issue of skill gap lies in the foundation of the female scene.
– It’s not enough that they just keep playing. They need more opponents, more games, more practice. Everything goes hand in hand. It’s a bit sad though, because it would’ve been cool if they could’ve competed even a little bit, but I don’t see that happening. In my opinion they need their own female-only tournaments, that’s the way to go for now.

Nordic scene on the rise

The same principles seems to go for his own team. They are traveling around the world competing at somewhat low-profile tourneys to gain more experience. Next up is The Convention in Norway.
– If we can keep this up, learn from our mistakes, really focus and acknowledge that the road ahead is still long and it’s hard work with a lot of hours, we can be a top team in the world.

At the same time Twista says they’ve received a lot more attention recently, which mainly seems to originate from the creation of ENCE, where the former Ninjas in Pyjamas star Aleksi ”allu” Jalli joined forces with four countrymen to create a new Finnish team.

To many fans, ENCE looks like the currently best team in Finland. Twista disagrees and says both teams have the skill sets to beat each other depending on the day.
– We have two teams which both are capable of going high. I believe how far we can go all depends on how the teams work and how we represent ourselves in the scene and in Finland.

According to Twista, the Finnish scene is on the rise. He also believes the nordic region as a whole is about to produce many new and fresh talents.
– A lot more players are dedicated to CS:GO. That’s why skills, teams and players are rising, getting higher and higher. I can clearly see that there will be more teams which could upset top teams playing in the majors, and major qualifiers etcetera.
– In the coming years we will see a lot more teams, if people stick together, work together and go from there, Twista says. 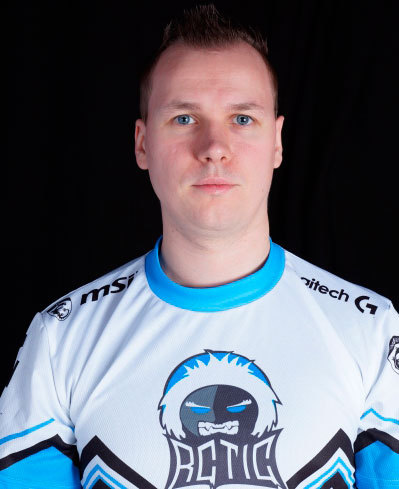