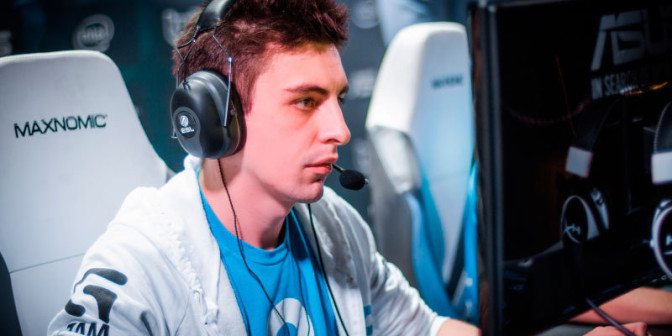 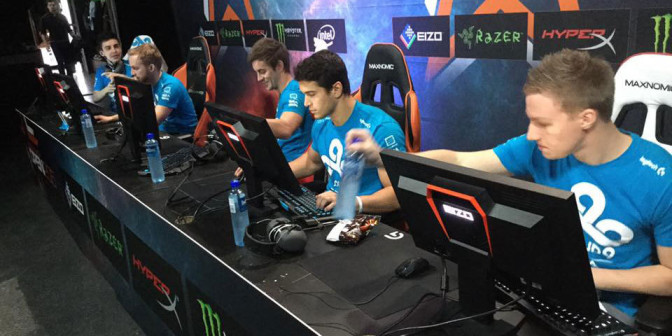 Ever since Cloud9 recruited Braxton ”swag” Pierce as an analysts, fans have been longing for the prodigy’s return.
Cloud9 does seem to have discussed this possibility, but it all seems to depend on wether he gets unbanned from Valve-sponsored events or not.
– Sean said he wanted to coach in the past. He says coaching is like the new future of CS, Michael ”Shroud” Grzesiek  tells Aftonbladet Esport.

Cloud9, one of, if not the best teams in America, seemed lacklustered for a long while. The roster change that saw Ryan ”fREAKAZOID” Abadir and Tyler ”Skadoodle” Latham join the blue and white ranks didn’t seem to have helped.

But then, seemingly out of nowhere, everything changed. They went on a six week long trip to play tournaments, and soon they were reaching finales and delivering great results in several events in a row.
– I think we got more comfortable with the team, because we were still kind of new when we started that giant trip. As we went to the first LAN we felt kind of uncomfortable, then we talked about it a little more and then we got way more comfortable. And as it kept going on we got even more comfortable. I think that was the main thing to our success, Michael ”Shroud” Grzesiek tells Aftonbladet Esport.

”We were a little over confident”

After creating huge headlines the Americans went on to play the major tournament ESL One Cologne. However, what many had hoped would be their breakthrough instead became quite a disappointment. After losing to Kinguin at the second day of group stages, Cloud9’s major dream died.
– I think when we went to the major we were a little over confident, playing our decider match against Kinguin, and we played that one map and played on Dust2. Dust2 obviously isn’t one of our stronger maps, Shroud says and continues:
– Half way through the match we still weren’t worried. The score wasn’t that great, but we like ’eh, we’re not worried, we’re still going to win’. I think that’s a bad mindset to have. You should never underestimate any opponent. I think we kind of did that as we were playing.

After that long trip, were you tired going in to the major?
– We’ve definitely been really burned out, we haven’t actually had time to even really practice. Not even just after those six weeks, after those six weeks we were like ’we’re burned out’, and we were only home for about a week. A week and a half to two weeks maybe. So after those six weeks everyone wanted a few days to cool off, so then we only got one week of real practice then we went to anther event. And we were gone for a week, then back home for a week, and went to another event. It’s just been so much traveling that we only get to be home for a few days. So it’s really hard to actually come up with anything new.

On Tuesday in Stockholm, Sweden, Cloud9 fought to secure a spot for the next major tournament in Cluj-Napoca, Romania. After beating the Finns in ROCCAT and  Team Dignitas, Cloud9 were qualified. Shroud describes the feeling as ”revengeful”.
– After going out in the groups we definitely want to come back in this major for sure.

Dreamhack Stockholm serves as the offline qualifier for the upcoming major tournament. At the event four American teams are competing, counting Winterfox, and all of them could potentially qualify. Shroud says the American scene is growing, but that most teams still need a lot of practice.
– We used to only have one good team, now we have 3-4, and eventually we’ll hopefully have 6-7. That would be awesome if 4 american teams make it out, that would be great for NA because more organizations would look towards NA and see potential.

What does Cloud9 have that other teams don’t?
– I think honestly a big part of what we do in Cloud9 that is different is that Sean is honestly like a mastermind behind everything. He controls and reads other teams so, so well and gets us ready for practice very well. Whenever we’re at an event we always have a laptop and watching demos. I don’t think a lot of these North American teams have like strong leadership, so they might be lacking that leadership.

Shroud says that if more players would take on a leader role maybe the American scene could develop further. Still, there’s something other than the lack of leaders that might have hurt the scene even more. In January earlier this year four american top players were banned for throwing a match for skins.
– They were like NA’s finest players and four of them just boom, gone. And there isn’t that many NA players and teams compared to Europe. Loosing four might not sound like a lot, but in North America it actually is.

”It’s not fair what they’re doing”

Joshua ”Steel” Nissan, Braxton ”swag” Pierce, Sam ”DaZeD” Marine and Keven ”AZK Lariviere from the former iBUYPOWER lineup were banned from Valve-sponsored events. This happend in January, still to this day no one seems to know if they’ll ever be able to compete again.
– I don’t think its really fair what they’re doing, because they haven’t said anything to the players, nothing to the public, they haven’t said anything towards wether they are gonna stay banned or get unbanned. I don’t think that’s really fair to the players. All four of them are still playing the game consistently, even releasing videos to help newer players, helping the community, and Valve haven’t said anything to them which doesn’t seem fair.

”Sean said he wanted to coach in the past”

When Cloud9 recruited fREAKAZOID and Skadoodle, they also recruited one of the banned players, Swag, as an analysts. Soon however, they were told that banned played under no circumstances were allowed to help teams at Valve-sponsored events. Swag’s title was quickly changed to ”streamer”.

Fans have for a long while been hoping for Swag’s comeback. Speculations have been running wild about a potential return to Cloud9. According to Shroud, it’s not impossible.
– I’m not sure honestly what I can say. I personally don’t know. Right now he’s just a streamer. I’m sure maybe if Sean for example wants to start coaching and Swag gets unbanned, maybe that could be a swap that will happend. But we don’t have any plans of just removing players for someone like Brax. But if someone is stepping down, or wants to coach. Sean is the best example because he said he wanted to coach in the past. He says coaching is like the new future of CS. So if anything that would be something that happend, but we have no idea what’s happening to swag or any of the other players.

So that’s a potential future for C9?
– It could be if he’s unbanned soon. Not sure, who knows.