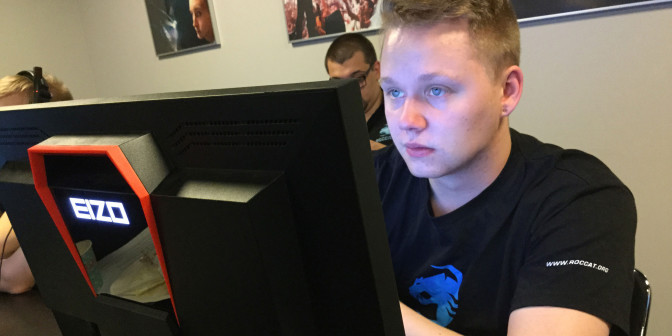 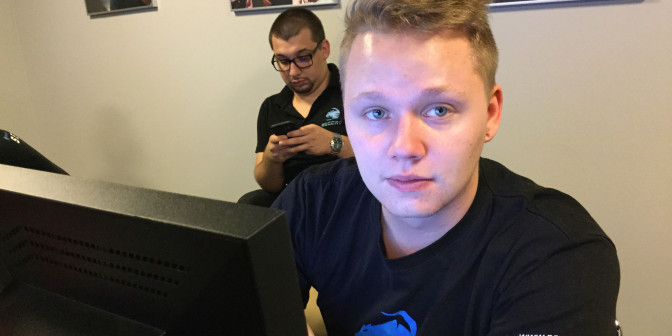 The finns from Team ROCCAT came extremely close to upsetting the stars from Cloud9.
Ultimately the americans brought it back, but afterwards the strength of ROCCAT’s individuals was the hot talking point.
– We just play with cock and balls and do wild things, Finnish top fragger Miikka ”suNny” Kemppi tells Aftonbladet Esport.

The Finnish squad of Team ROCCAT got their spot for Dreamhack Stockholm in an most unexpected manner. In the pre qualifier they managed to upset teams such as SK Gaming and Dobry&Gaming, securing them a spot to the offline qualifier for the upcoming major at Dreamhack Cluj.
– In the online qualifier we knew that if we use our individuals and take some straight aim duels we can make it, Miikka ”suNny” Kemppi tells Aftonbladet Esport and continues:
– We play only mix style, not trying anything else. Because we can’t win against teams with team play and strats.

”We just play with cock and balls”

In the first match of the group stages, ROCCAT faced off against Cloud9. Much to the fans and viewers surprise the finns brought a tough fight and came very close to win the first map. In the end, however, Cloud9 took home the victory with 2-0.
– We just play with cock and balls and do wild things. I think Dust2 was really close and the game was in our hands the whole time. We just lost some stupid after plant situations which cost us the map.

According to the Finnish CS profile Joona ”Natu” Leppänen, playing with ”cock and balls” means to play without fear.

How do you feel about your personal performance this event?
– I feel great, and I just trust myself and my aim. That’s why I’m showing off to the camera and stuff like that. I’m just confident in myself, suNny says and continues:
– I just love it and I’m gonna be better.

When ROCCAT qualified for Dreamhack Stockholm they used a different roster. Instead of Niko ”naSu” Kovanen a much more controversial figure were among them, a player that has received a reputation for dodging LAN events, Joel ”jOELZ” Aalto.
– He’s not cheating, suNny starts off and continues:
– It’s his personal reasons, and the main thing was that he didn’t trust us to make any games. He just don’t want to come here so he stayed home to play online. There is not a specific reason, he just don’t want to go unless he’s sure he can win.
– He’s a wasted talent, because he doesn’t want to join any teams and practice. As everyone has seen, he has the potential to beat any team online. There’s not any reason why he couldn’t do that on LAN, but I think he just don’t trust himself on LAN. He is one of the best players in Finland.

Do you think there is enough talent in Finland to create a top team?
– There is always potential and we have really great individuals, but it’s always a mentality problem in Finland. We look forward to talk about things after this event, there might come some team, but nothing is sure yet.

”The crowd is not a problem”

Going forward in the qualifier, ROCCAT needs to win the loser bracket match against Team Immunity. Afterwards they need to win a third match played on the arena in Annexet in Stockholm. The pressure of playing in front of a crowd could shake the very foundations of the most experienced player, but according to suNny it wont be an issue.
– The crowd is not a problem for any of us. We all have the experience from for example the last qualifier. Mikko ”xartE” Välimaa and Tom ”stonde” Glad especially have experience from other LAN tournaments, so there are no problems with anything.
– We just play the same. I think Cloud9 is the best team here. We just play with cock and balls and do wild things.

suNny in the match against Cloud9