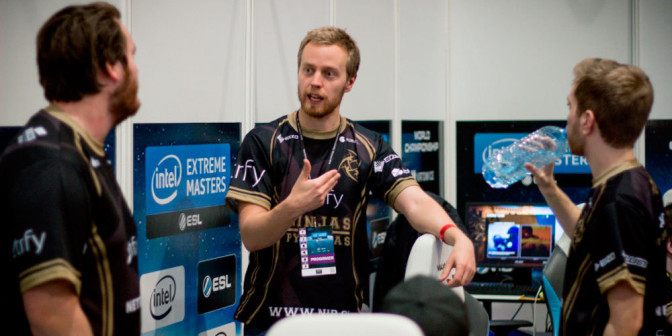 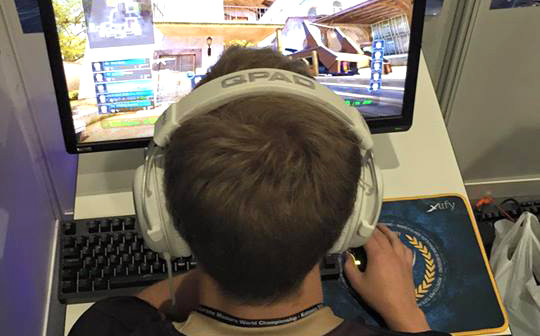 Ninjas in Pyjamas new coach and in-game leader, Björn ”THREAT” Pers, has joined a once world dominating team that in recent years have ended up in what can best be described as a long lasting slump.
Now’s the time to turn the tides, and in the quest to once again become a top team one single word seem to spearhead their mentality: Change.
– I definitely feel like we have an innovative spirit in the team. Everyone are really dedicated, THREAT tells Aftonbladet Esport.

1.6 veteran Björn ”THREAT” Pers debuted in Counter-Strike: Global Offensive last year. Side by side with players such as Frej ”kHRYSTAL” Sjöström and Cristian ”Spitfire” Schiölde he took his first dangly steps in competitive CS:GO with Team Acer.
– I had barely touched CS:GO before. In the beginning it was kind of shaky, but we evolved and got pretty decent results in the end. I learnt a lot in that period on how to control the game, THREAT tells Aftonbladet Esport about his time with Acer.

Left Japan – reunited with the legends

In his most recent career move, THREAT joined up with Ninjas in Pyjamas as their coach and in-game leader, thereby reuniting with former team mates, Christopher ”GeT_RiGhT” Alesund, Richard ”Xizt” Landström and Patrik ”f0rest” Lindberg.
– It’s been great. We have a lot of fun together and everything even came together much quicker than I had expected. We’re all really comfortable with each other already, when talking on Teamspeak and playing together, says THREAT.

In the midst of his studies in Japan, the Swede was contacted by Emil ”HeatoN” Christensen, asking if THREAT would be interested in teaming up as their coach.
– Of course I had to consider how this would affect school and everything, but I just felt it would be so fun to get back in the scene, plus it fits me really well to be the in-game leader.

How does it affect your coaching, that you know some of the players so well?
– It actually helps a lot. It’s one thing to look at matches and another to know how they play. CS:GO is quite different from 1.6, but I’d say I have a good feeling about where to put each player based on their style.

”Fnatic are in some ways the new NiP”

When you joined the team, what areas did you identify as most important to work on?
– Well, I pretty much changed everything when I came in. So I haven’t seen much of their ”old game”, only when I’ve watched matches in the past. I think they’ve sometimes been a bit undisciplined. They have been a little over aggressive and challenged too much. I feel like we’ve found a good solution in that regards.

Could it be something in their mentality that still lingers on from their dominant past?
– I think so, a little. Back then they could make mistakes and get away with it, kind of like Fnatic can now. Now we’re in a position where if you want to beat Fnatic you can’t make any mistakes. You have to play with discipline.

Does it get frustrating to play against such an individually skilled team as Fnatic?
– It does, you get irritated by the fact that they can do mistakes and get away with them. With such high individual talent you have that luxury. Even when they’re put in a disadvantageous position, they can always come back and that’s when you feel frustrated. You had a plan and it worked, but still lost somehow because all of a sudden Olof ”Olofmeister” Kajbjer pops up out of nowhere and kills three people.

”We play slower and less Yolo”

In regards to the team’s current shape, THREAT says their anti-eco rounds are strong. However, they need to work on things such as the communication on their CT side.

How has the squad evolved since you entered?
– We play slower, more executes and less ”Yolo”. Then again we always try and mix things up and have a strong combination, so other teams can’t read us as easily.
– We also want to try new things all the time. If something isn’t working, we immediately enter a server and re-do it. We constantly try to be a team in change.

Would you say there’s an innovative spirit in the team right now?
– Definitely. Everyone are really dedicated when we talk about new things, everyone has their own suggestions and ask questions. When reading comments online people often think these players are so conservative, but right now everyone are on-board, wanting to change the game.

Adam ”Friberg” Friberg have received harsh criticism from the community. As the team changes in 2016 were presented, many fans believed the Swede would be dropped. THREAT however, does not agree with the critique.
– It feels like they’ve been using him the wrong way before. He’s a classic site holder, a person you can just park on a position and he will always get his two kills. As a coach and in-game leader it’s so nice to have a player like that, and since I joined it’s been going really, really good.

The new Ninjas in Pyjamas lineup had their ’Big LAN’-debute at IEM Katowice. Far from everything went as they’d hoped.
Still, the Swedes managed to turn a huge disadvantage against Luminosity Gaming to a win in their match up during the group stage. Several other strong results were delivered against top teams such as Na’vi and Fnatic. In the end, however, they did not make it to playoffs.
– We very so disappointed for not getting out of groups, but it still felt like we played decent. Most of the matches were decided in tight situations.

Ahead of the upcoming major, MLG Columbus, the ninjas are going for hard core practice. Not even curious journalists will be let in their team house during the preparations.
– We want that kind of mindset. In Katowice we made many mistakes, and there are still a lot of stuff to work on. We’re pretty limited on time, even though there’s about a week left. Some of these issues take a lot of time to fix, so we really need to practice hard.

The majors groups have been announced. NiP are put up against FlipSid3 Tactics, Luminosity and the same team that – somewhat surprisingly – managed to defeat the ninjas in Katowice, Mousesports.
– A pretty good group, THREAT says.

Does Mousesport feel like a dark horse for you? If this had been before Katowice, would you’ve thought differently about your chances to go through the group stages?
– We faced Mousesports online recently, in the ESEA league, and managed to win both matches, however one was in overtime and the other was 16-14. They’re tough to play against and they have a really annoying play style. Especially now, since they’ve recruited Navid ”Kapio” Javadi – a coach that I’ve got a lot of respect for – they can become even harder to play against.

What do you mean when you say ”annoying play style”?
– It’s difficult to explain. It’s the same as with Na’vi. They play very slow – which we also do, so maybe we’ve also got a nasty play style – and they’ve got a player who’s an incredibly strong aimer, Nikola ”NiKo” Kovač. It’s rough to play against a team like that.

As the world elite gather in Columbus they do so to compete in the first CS:GO major with one million dollar in the prize pool. What NiP might accomplish remains to be seen. A team in change can break new grounds.