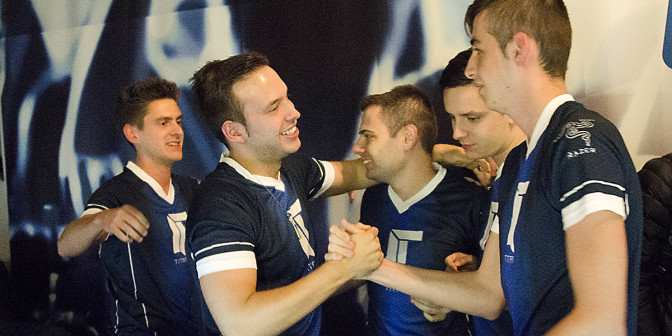 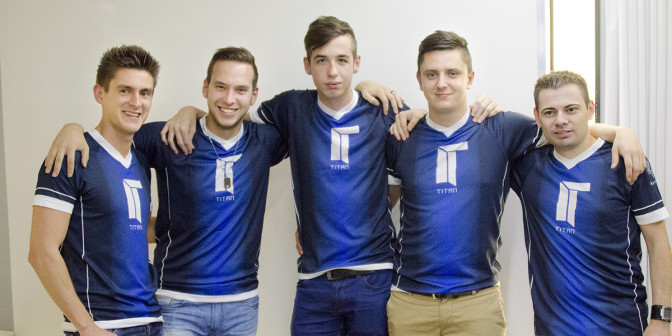 Their lineup is only a couple of weeks old, but yesterday they knocked out Ninjas in Pyjamas and are now ready to enter the Globe Arena during DreamHack Stockholm.
And according to Titan profile Mathieu ’Maniac’ Quiquerez, the pressure is now on their semifinal opponents Fnatic.
– We have nothing to lose. We have so much work to do and time to play together, so right now everything is only a bonus.

Titan got off to a shaky start as they faced their old teammates in LDLC, and lost 16-12 on Mirage.
– It’s a little uncomfortable because you think ”I’m gonna do this”, but your ex teammate is in the other team and he knows this, so you have to think of something else. We ended up not playing our game against them, and tried some new stuff that didn’t work. If we face them again we’re gonna play without thinking of them, and not try some anti tactics, because they don’t work.

Were there any special feelings going up against your former teammates after all that’s passed?

– For me, they’re not rivals and not enemies. They’re just another team. The problem is that we both know every strategy of the other team because we all played together.

”We were a bit shaky against NiP”

The loss sent Titan down into the losers bracket, where they had to dismiss german team Alternate before going up against the ESL One champions and crowd favourites Ninjas in Pyjamas.
NiP started out strong and got a quick 6-0 lead on Dust2, but then the french team replied with force, ending the half 8-7 in their advantage.
– We didn’t know what to expect from NiP and were a bit shaky. I think that even though we were down 6-0 we didn’t feel we were getting crushed. We had some tough rounds but it wasn’t like they were destroying us. We knew we were quite close to winning the rounds for us so we tried to play the same way, but being a bit more focused on clutching in the right way and playing together.
– After that we realized we could play the same way 15 times and win 15 times because we had some moves they didn’t know how to face. We were calm and focused and it just went well.

”They will have more pressure”

The game eventually ended 16-13 and the french team had taken their first big scalp on a LAN. And now, going up against Fnatic in the semifinals, Maniac shifts the pressure on the Swedish team.
– Right now, everything’s a bonus because we’re not really prepared and have only played together for three weeks. It’s possible they will have more pressure because we have nothing to lose. If they lose, they’re a bad team and if they win it’s normal, so we’re in a good spot. We have so much work to do and time to play together, so right now everything is only a bonus.

”Good chemistry in the team”

And going into the semifinals, Maniac praises his new lineup and the way they work together.
– I think we have a good chemistry in the team now. We are not the bigger stars out there, but we’re really working good together and share a good friendship. It’s a pleasure to play in the team we all look in the same direction, the atmosphere is really good.