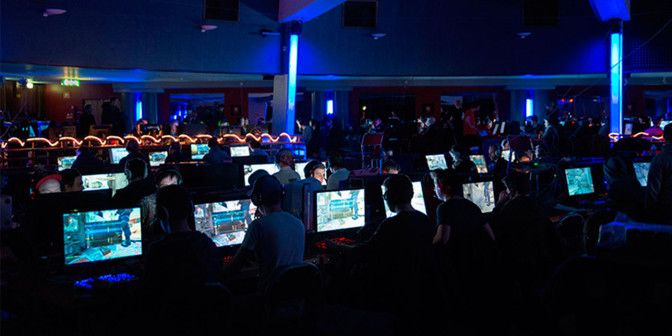 ”Once a cheater, always a cheater”, a repeated phrase on forums all over the world since the witch hunt last year.
Now the Swedish LAN organizers from Rendevouz wants to give sentenced cheaters a chance to clear their names – and welcomes players such as Joel ”Emilio” Mako for their upcoming event.
– It’s the beginning of my comeback, Emilio tells Aftonbladet Esport.

The CS:GO community was chocked last year when former Team Property player, Joel ”Emilio” Mako, received a VAC ban in the middle of a live broadcast. In an interview with Aftonbladet Esport Emilio admitted to cheating, but said it only happened in a single matchmaking game with his friends – and never in an official match.

To prove his skills he wanted to continue competing, most of all on LAN – something which for obvious reasons is hard to do when you’re player profile says ”BANNED”.

”I know what I’m capable off”

As Emilio was looking to once again compete, The Swedish LAN Rendevouz was at the time the hottest option. The organizers however did not accept him, but now, ahead of the 2015 edition, Emilio is set to return to the LAN event experience.
– It’s a good start considering I’ve been excluded from the scene for over a year. It feels great to get back and participate at a LAN again, even though it’s not an international event. I’m ready for this journey I get to do once again, Emilio tells Aftonbladet Esport.

So you only consider this ”a start”?
– Exactly. It’s a bit nostalgic, sort of like I’m going back ten years in time, having to fight my way into the scene again. So yeah, this is the start of my comeback. I’ve got many plans for the next year, for example going to Copenhagen Games.

Since Emilio was caught and banned, he has not been allowed to compete in most tournaments. Lately, however, he’s been welcomed to play in tourneys such as Gothenburg Games and the qualifier for ESL Nordic Nationals.
Emilio thinks this is a trend that will continue – that more organizers will accept him – and hopes to get back into the scene this way.
– I know what I’m capable off, that’s why I haven’t left Counter-Strike. And I have no plans to do so, he says.

”We’ve had a long dialog”

Aftonbladet Esport contacts Per Häljestam, site manager at Rendevouz. He says the decision to let Emilio compete is because they want to give cheaters a chance to clear their names.
– We never think cheating is right, but we consider the jargon on forums and esport sites to often be overly harsh.
– We’ve had a long dialog with Emilio and feel that it’s finally time for him to prove himself at our event, under the right circumstances.

”Everyone competes at the same conditions”

Emilio was not allowed to compete at Rendevouz last year – but since then the organizers have changed their rules. Now all players, even former cheaters, are allowed to participate as long as the VAC ban is at least one year old.
This is an attempt to better keep track of which people have been banned in the past, Häljestam says, and underlines that the rule might be adjusted if it proves ineffective.

How is this going to help you find cheaters?
– We hope it will be easier to keep track of cheaters that got caught during the year. We’re well aware that no tourney organizers can know their event is completely cheat free – considering all the smurf accounts out there. But we think it will be easier to catch and find evidence against people that have been cheating in the past year – compared to people that cheated 2-3 years ago.
– We can only hope it will make the process easier. At the same time we feel our previous rules have been a bit too harsh.

Does that mean a person that gets VAC banned during a Rendevouz LAN is welcome to compete at the next one, assuming it’s at least one year in-between?
– No, we will never allow people that get caught during RZ to participate again, something which will be made clear in our rules. At RZ everyone competes under the same conditions.
– We think one should be able to make up for their faults after a while. That’s why we offer a tourney where everyone competes under the same conditions – to prove you’re one of the best players in Sweden without cheats, even if you’ve been caught in the past.