2014 is coming to an end. During the year I’ve been playing a lot and done plenty of different jobs within esports while working on my PhD in mathematics and of course I’ve been working out a lot. It’s been a fun but hectic year. I’ve learned a lot in many different areas and it’s been really challenging. I love challenges!

In January I was invited to cast a match between TaeJa and ThorZaiN at the DreamHack Kick-off event. This was the first time I was casting in English at an offline event and I got to do it together with one of the best casters in the world, Apollo. It was a lot harder than casting in Swedish. I got a few offers to cast in English after that but I said no because I didn’t feel confident enough. I gave it some secret training but then I had so many casting jobs in Swedish that I didn’t have the time for more English casting during the year. We will see about next year…

I was in the Swedish TV show Kobra when they had an episode about gaming. Pretty cool that gaming and esports get more and more attention in media. I also played in a lot of tournaments during the year. Tournaments open for everyone, for University students only and female tournaments. I played in University star league and in may I went to France to play in Ladies of the swarm 3 that I won. I also got to visit my manager and his family for a nice dinner. And of course some of my teammates :).

And I started to blog a lot more and I will continue to do so. I want to write more about things that are important to me, like making esports grow in a good direction and making it welcoming for everyone. Casting on Swedish TV is a chance for me to reach people who are new to esports for example. When it comes to blog posts I also try to include things my followers are suggesting. So feel free to let me know what you would like me to write about.

I’ve also been casting a lot, as I stated before. I was casting for the Swedish Championship 2-3 weekends per month during last Spring. It was a lot of fun. Our host “Soxter” had so many cool ideas, we even had a baneling BBQ one time. Before DreamHack Summer he also put me and Endars in boxes to travel to DreamHack in. Worst of all, we had to travel with Banelings! 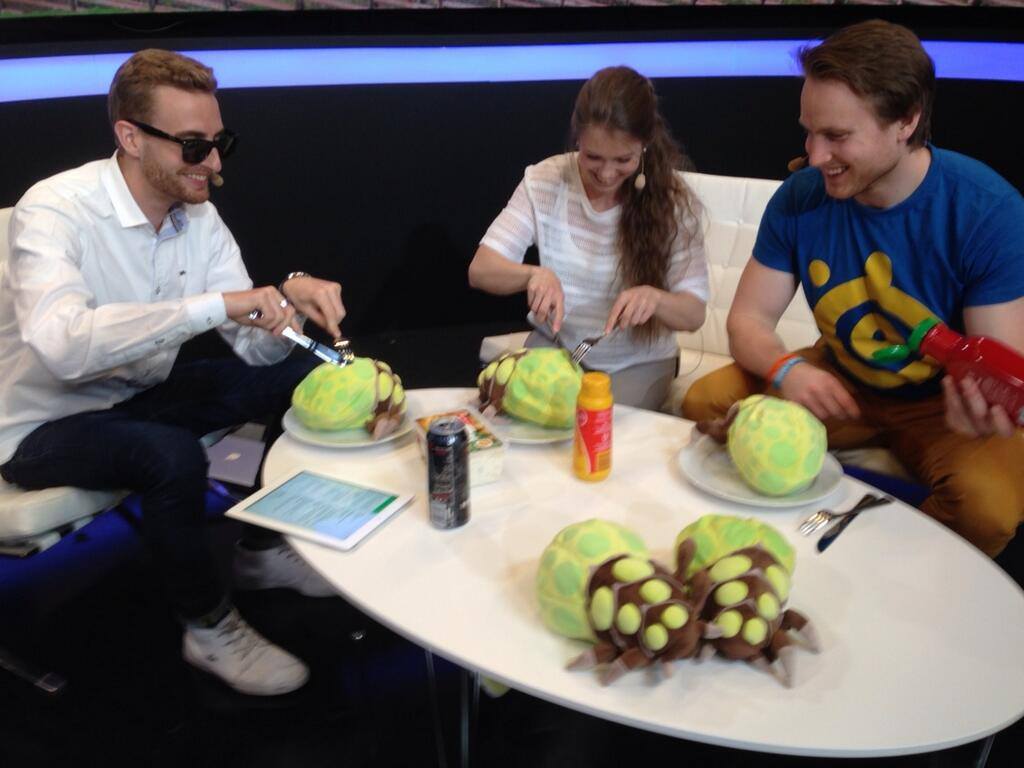 Ive also been casting a lot of matches from DreamHack for Swedish TV and I’ve played in a few of them myself. I remember especially when I played vs MC at DreamHack Stockholm. It was such a close match and I was very happy with it. I’ve also been casting some small events here and there :).

I was in the jury for guldchipset, a game creator competition. I was also casting the finals of WCS from Blizzcon for Swedish TV.

I won the prize “gamer of the year” handed out by Sverok for my work within esports. Getting the price was an honor as it basically told me that what I’m doing is being appreciated. This was a prize for Swedish people only and it was the first time someone within esports got it.

I visited a school to talk about, make and play games. And I talked about esports with a lot of people working with youths.

I think it’s important to talk to people working with youths about gaming. It’s important that they understand gaming and see it as a good thing instead of work against it. Gaming can be used as a tool in school and a good and fun way to learn math, programming and much more.

I became an ambassador for the project Respect All, Compete. This is a project that works with many of the things I am interested in and want to work more with. I hope we can make a change together.

The last tournament I played for the year was a mixed 2v2 tournament. I played with my teammate Dayshi and we managed to win it! Was a lot of fun and a great end of my tournament year.

During the year I think I was streaming only one single time. I don’t like to stream a lot so I doubt I will ever become a streamer, but I do think it’s a nice thing to do sometimes. I will try to do it maybe two times during next year ;).

And not to forget, I ate far too much nutella :).

All of the things mentioned above are only some of the things I did within esports. As I stated before I’m also working quite a lot and working out etc. etc. 🙂

Thanks for an amazing year everyone! See you next year <3

P.S. I made a similar blog pose last year about 2013 that can be found here.