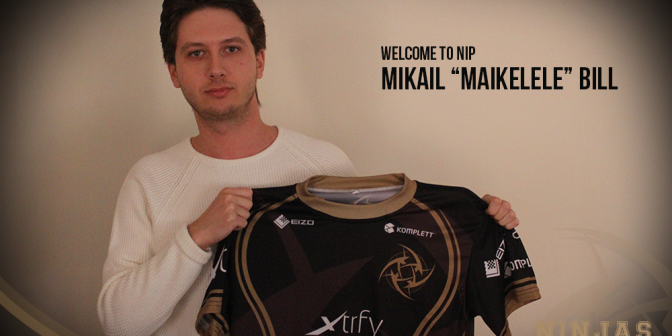 The Ninjas in Pyjamas are proud to announce the recruitment of a new player to the roster, to play under a trial-period. Mikail Bill, formally known as ”Maikelele” on the CS:GO scene, a Sweden based player with a past in teams like SK Gaming and LGB eSports, has been invited to play for NiP after Robin ”Fifflaren” Johansson decided to retire. Mikail has happily accepted the offer from the organization and starts playing with the team during this week.

Emil ”HeatoN” Christensen had this to say about the new recruit:

– He is a young and hungry player that has impressed me a lot over the last few months. He has a lot of people to prove wrong and we have decided to give him a chance of a lifetime and we will see what the future shows. I know that he will cherish this opportunity and do his best to make the team move forward. I am confident that he will find a place in the NiP family, that his trial-period will go well, and I wish to officially welcome him!