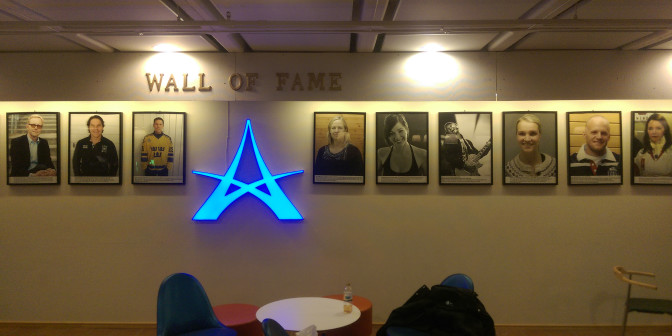 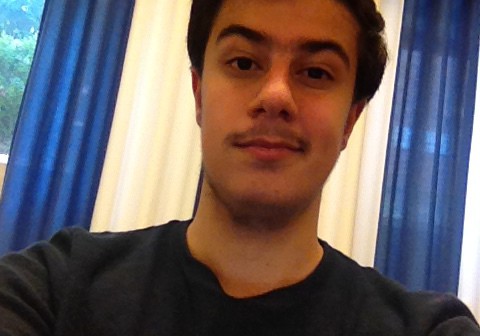 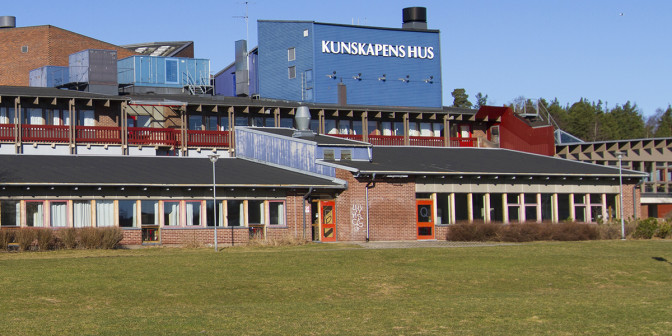 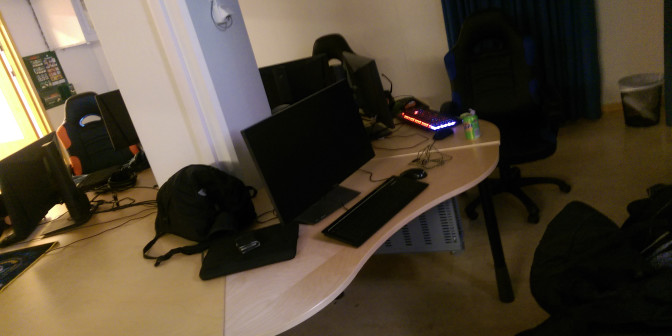 Electronic sports has grown rapidly over the past couple of years and for the Swedish student Mahdi Wandi,16,  it might become his future profession.
At Arlandagymnasiet in Sweden he studies esports and aims to reach a professional level
– It’s my goal, I’ve got nothing else. I just want to become the best, he tells Aftonbladet Esport.

Arlandagymnasiet is located on the outskirts of Swedish capital Stockholm. Inside the building the student daily walk past the ”Wall of Fame”. There hangs portraits of former students who have achieved success and fortune since graduating from the school.

Arlandagymnasiet is a high school. They offer unique courses targeted towards educating athletes. However, in recent months something completely different have given them a lot of attention: A brand new course in esports.

The school have over a thousand students. On the bottom floor of the large building the esports pupils have their own class room filled with powerful PC’s and gaming monitors.
– Have you formed teams yet? the principal Andreas Eriksson jumps in to ask the students as Aftonbladet Esport visits the high school.
The students are set to compete in the Swedish high school CS:GO cup. They also hope to qualify for the Swedish Championship and play in the finals at Dreamhack Summer in Jönköping. The tickets have already been booked, now they have to form a team and practice hard.

A pattering echoes across the class room. Two of the students are battling it out, trying to figure out who can press the keyboard’s spacebar most times. On the side sits Mahdi Wandi, 16 years old. His passion is competition, but in his case it’s all about Counter-Strike:Global Offensive – and not pressing the spacebar.
– I went to a LAN and realized how fun it is to play, that’s when I applied, Mahdi says and continues:
– It’s the feeling, just so damn fun to just sit and play. It’s extremely fun.

In the future he hopes to become a professional gamer, and maybe also get his own portrait on the Wall of Fame.
– I want to become a professional, the best in the world and crush everyone. That’s my goal, I’ve got nothing else. I just want to become the best, Mahdi says and continues:
– I’m ready to do it and have my goals set. I practice every day and try and get as good as possible. I always ask for advice and love getting critique. Also I’m very critical towards myself.

Mahdi says the course was somewhat slow in the beginning, with the computers lacking both mice and keyboard. But overall the experience has lived up to his expectations.

To find out where each student need to improve their first assignment was to write a personal report. Jonas ”Iceman” Dahl, coach of the class and former 1.6 professional, have taken those to heart and given advice on how to reach their goals.
– I would say I have improved individually, yes. It’s mostly been about my use of Flash Grenades and my positioning. Also I have a pretty bad habit of switching weapons in bad situations, so I’m trying to stop that.

The road to a professional life within esports is not only through spending as many hours as possible playing, at least not according to Arlandagymnasiets curriculum. Each week one session is used for physical exercise and every second Friday the students do yoga or mindfulness. The students spend eight hours a week with esports, spread ot over four sessions.

Another important subject is behavior and ethics. The Swedish association Sverok has created a Code of Conduct with guidelines for how to behave on the internet, a code deeply engrained in the pedagogy.
– You should just behave like you normally do. If you meet a stranger on the street you wouldn’t walk up to them and say ”cyka blyat”. You just wouldn’t swear at someone for just standing there. That’s obvious to me, but I’m not sure it is to everyone else.

The esport class is not considered a ”sports course” in it’s own right, it is however run like any other athletic course. But changes could be inbound. In the Swedish parliament esports is discussed more and more frequently and recently the politician Rickard Nordin questioned why esport doesn’t get the same privilege as other sports.

For some younger students approaching high school age, it has become a goal to one day study esports, encouraging them to study harder and improve their grades. The principal Andreas Eriksson receives many phone calls from both suspicious and curious parents.
– Some have asked if it’s a good thing to reward gaming addiction. But then we explain our plan and that we know it’s not necessary to play when you’re tired or for seven hours a day. And then it pretty much turns around, that they instead want their kinds in our course.

The difference between playing around and becoming a Zlatan

Daniel Wernegren is responsible for educating the esports course. According to him a lot of people view esports with unjust eyes and only see the negative aspects, compared to football where he thinks it’s the other way around.
– When it’s about esports people see hate, inequality and violence. And that’s legitime, those are important areas that should be looked at. But I also want people to notice all the positive parts like the passion and search for knowledge in relation to esports, Daniel tells Aftonbladet Esport.
– The kids have this as an hobby which inspires them to take part in discussions and debates. They meet new friends, get new interests like graphics, game dynamics and other things connected to esports. Classical socratic learning.

For Daniel and his pupils this is not just playing around. Here the students are encouraged with a serious and professional view on the game, but the most important aspect is that they pass other subjects such as math, history and English.
– Believe it or not, they are completely on board.
– They already had that mindset long before we thought of it, to have a professional commitment to the game. They had already thought of that. A phrase that has stuck in my head is: ’It’s not really the game itself that I enjoy, I enjoy winning’. I would say that’s the difference between playing around and becoming a Zlatan.

The Wall of Fame at Arlandagymnasiet portraits some of the most successful students. If Mahdi or some of his class mates end up there is for the future to tell.