This article will revolve around specific maps and how certain aspects of them affect the balance between the sides. The examined maps are four of the most usual ones in competitive CSGO, of which two, mirage and de_dust2, will be brought up in this particular article. The remaining two maps will be discussed in part three of this article-series.

Except for Nuke, Mirage is arguably the most CT sided map in the current competitive pool. The expected score is in the region of 11-4, and in addition to the general points discussed in the last article (https://esport.aftonbladet.se/team/ninjas-in-pyjamas/cts-favored), there are some inequities that apply to this map specifically.

Quick rotation
– The location between bombsite A and B in relation to one another is critical. A quick run through Mirage’s CT spawn leads you from one site to the other in a matter of seconds. This heavily restricts the terrorists when it comes to inventing new strategies since diversions aren’t as effective as on some other maps.

Mid-control
– On de_mirage, the middle is a reliable option as paths towards A and B. Therefore, a large part of being successful on the map is maintaining a solid mid-control. Who controls mid is commonly settled through a sniper battle. For terrorists, there are only one spot from which you can peak. The counter-terrorists have three. Therefore, regardless who gets into position first, the CTs have the element of surprise.

The three peaking spots available for counter-terrorists on de_mirage and their relation to the T side’s one and only.

Dust2 is just about the only competitive map that is fairly balanced. It used to be T sided, but teams have adapted and been more successful in fending off attacks lately. There are a few reasons why this map is balanced. Some of the main ones are discussed below.

Mid-control
– Dust2’s middle is very similar to the one on Mirage. Both have a catwalk on one side, and an alternative passage on the other. Just like on Mirage, mid domination is often determined through a sniper fight. The difference is that the terrorists have the positional advantage on this map. They are also able to tag, or even kill opponents as they make their way towards bombsite B.

Bombsite accessibility
– Unlike the CT sided maps, de_dust2 has two highly accessible bombsites. Bombsite A first and foremost has long, which is too broad to smoke off. In addition to that, it has catwalk, which is quite hard to shut down since it hasn’t got very many good hiding spots. The main entrance for terrorists into B is through dark, which is a quite unpleasent choke point. The alternative, B slope, is a lot more appealing. Presuming the terrorists have managed to gain control of the middle, they can make their way to bombsite B’s two slope-entrances without any major inconveniences. 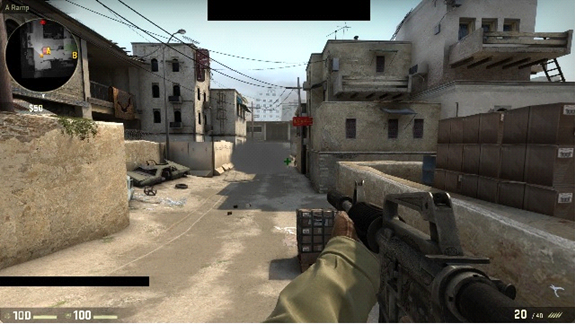 In conclusion: de_dust2 should be considered a model for future maps because if offers a wider range of tactical possibilities (for Terrorists) than other maps, and because of its mid-availability and its broader and more smoke resistant bomb site entrances. Regardless of whether or not one believes that map balance is significant, it is easy to identify with the frustration of losing matchmaking games simply because one was assigned randomly to start on the least favored side. Counter-Strike revolves so much around momentum and confidence; securing a victory after an 11-4 first half as CT is a thousand times easier than mounting a comeback after an uninspiring 4-11 deficit as T.