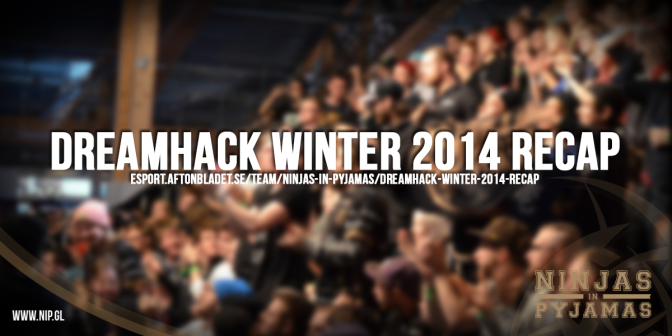 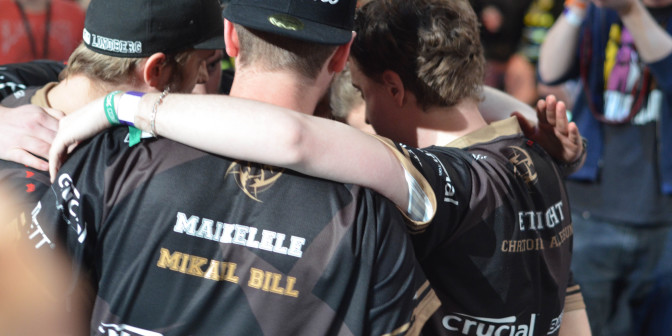 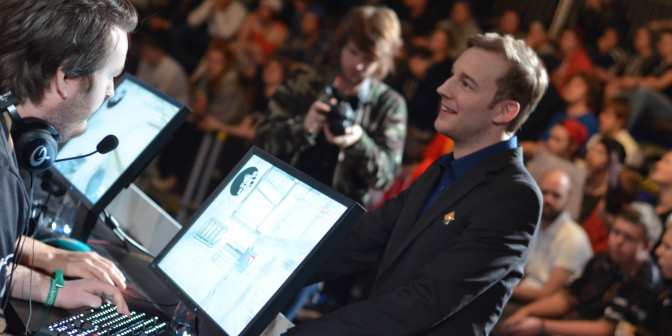 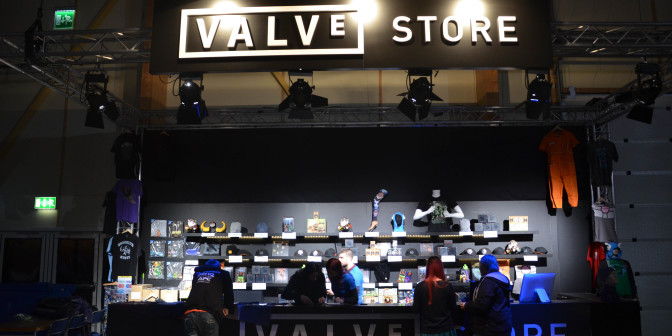 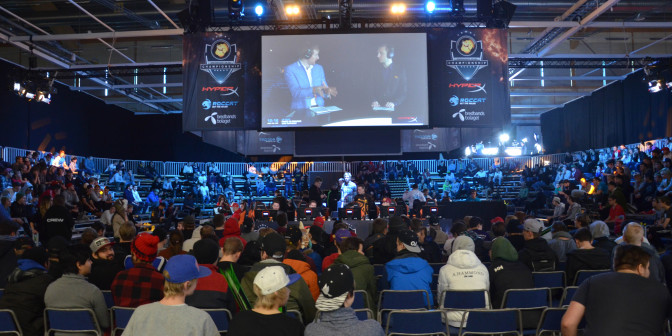 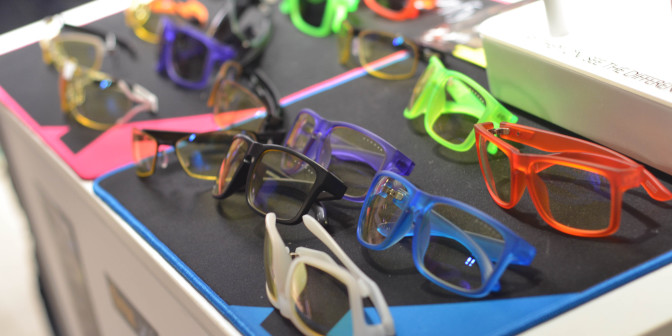 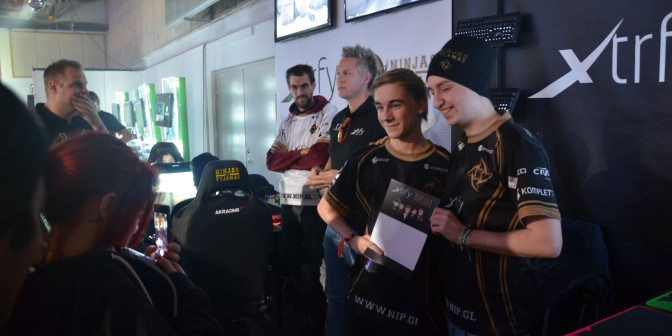 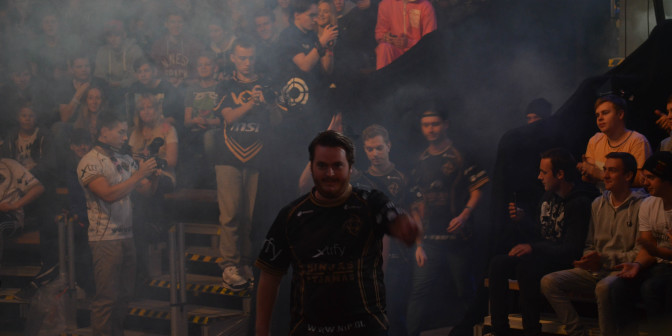 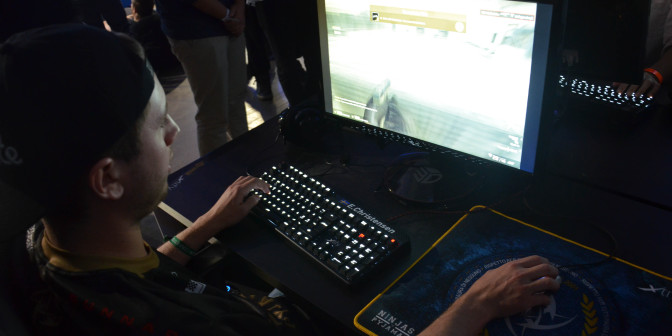 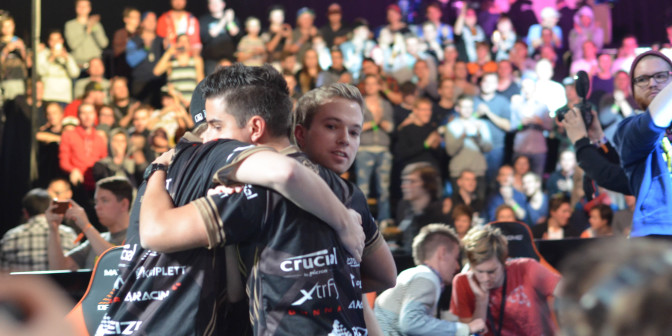 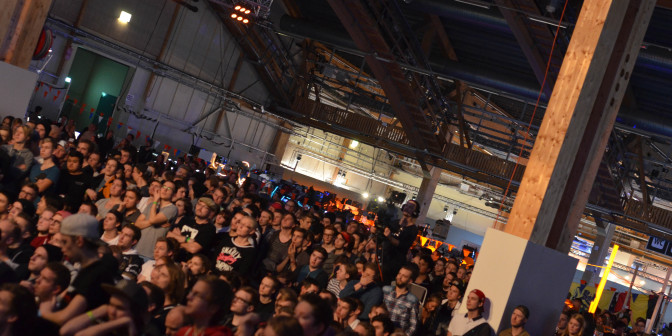 DreamHack Winter 2014 is now over and in many ways it was a very successful event for us. But what actually happened during this weekend in Jönköping?

On the 26th of November most of the staff from NiP arrived to the beautiful lakeside city known as Jönköping. The city who houses the largest computer festival in the world, Dreamhack. We had everything set up and ready in the evening of the 26th and were ready for the big day to come.

The doors opened at 08.00 CET and people ran into the premises while pushing their way in to arrive first to their designated spots. All to be able to take as much space as possible at the seat they’d booked. Already at the start of Dreamhack there were people who came to our booth and were hungry for the NiP products. We happily welcomed all those who approached us and we got as much love back.

The first matches began as early as 10 o’clock, but our players arrived later as their first game wasn’t until 19:30. And because they wanted as much practice before the games as possible, they stayed an extra night in our gaming house to avoid several unproductive hours. When the team finally arrived you could see the joy in their eyes as they were extremely excited to once again roam the halls of Elmia.

Our first match was against Planetkey Dynamics, a German team that earlier this year claimed the title as the best in Germany. We had no preconceptions, we just played our game and it worked exactly as we wanted it to.

The next match-up against LDLC was a greater challenge mentally due to NiP previously getting knocked out by the Frenchmen in past tournaments. However, we kept our heads cool and went head-on as if it was a game like any other. We almost pulled through against ’Shoxie’ and his squad but eventually fell short. This meant that we were bumped down to Losers Match where we would meet the Poles in ESC Gaming, who managed to get into the tournament through online qualifiers. We made some mistakes during the game but after a well needed time-out, we eventually found our momentum to pinch 2nd place in the group.

This meant that we had made it to the Round of 8 and were now to play best of three’s instead of the best of one’s which we previously have been slightly weaker in. The players took it rather gently in the evening to recharge for the next day. In the Quarter-Finals we met Hellraisers who had practiced extensively before this tournament with Andrey ’B1ad3’ Gorodenskiy from dAt team coaching them ahead of and during the tournament. But we had our own coach Pita and the hard practice we had before Dreamhack in the NiP Mansion. With that said, the game went our way with a rather convincing 2-0 scoreline. The audience went crazy as we entered the arena and kept on cheering every time we got a kill or won a round. It was an extremely sensational feeling for both the players and the attending audience.

In the Semi Final game we faced one of our biggest rivals, the team who beat us in the Grand Final of the second $250 000 major tournament in Katowice. If you guessed Virtus Pro then you guessed correctly. The Polish beasts were up next and this would be a match that we all will remember for a long time to come. It could just as easily been a grand final we watched. The first map took us an overtime that managed to keep the whole arena at the edge of their seats, and in the end went the Ninjas’ way. Virtus Pro answered back and evened out the series with a strong game on Cache. The final map would be Inferno which we traditionally have been strong on and where we have our Adam ’friberg’ Friberg who on numerous occassions have been called the ”King of Banana”. This nickname would prove to be a well deserved one, as friberg together with the rest of his team mates held strong and advanced into yet another Major Tournament Grand Final.

This time it would be LDLC waiting on the other side. And like previous match-ups at this year’s Dreamhack, it became a real thriller with both teams taking one map each, making de_overpass the key to the Dreamhack trophy. The match started very well for the Ninjas, who boasted a 11-4 half as Counter-Terrorists. But LDLC worked up steam, getting 11 rounds of their own after the side-switch. This resulted in yet another overtime for the Ninjas. This time however, lady luck favored the French side, making LDLC champions of the Dreamhack CS:GO Major Tournament. A big congratulations to them and thanks for a really show and game. We also want to thank all of our fans who have supported us throughout the weekend and of course in the past, believing in us in good times and bad. We also would like to thank our sponsors who made all of this possible. Look forward to more great matches in the future, because next year, we’re not settling for anything less than a gold medal!