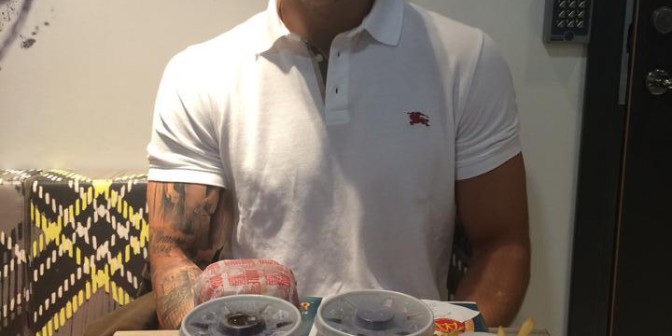 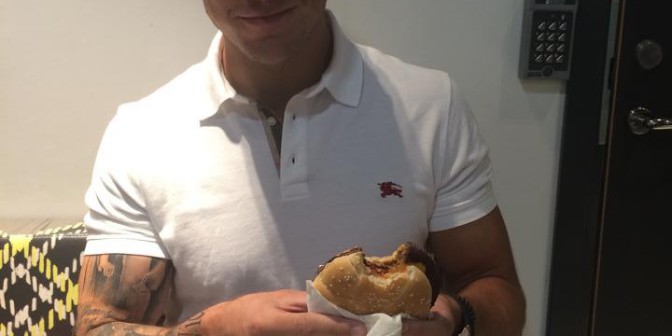 Yesterday, after sleeping off the jetlag from flying Fort Lauderdale – Arlanda, Emil ”HeatoN” Christensen finally got the opportunity to try out his own burger at McDonalds.

So, what is your first impression?

Nice and saucy haha, it has some edge in it but is not too strong. Loved the fact that it had BACON and the cheddar was perfectly melted! I don’t think that I could have made a better burger myself, even if I tried. Easily put, I’ll have to send Arvid a gift  for this amazing treat, he just made my day!

How was this burger compared to the McNiP?

The McNiP was a lot stronger than this one, which I myself did not mind, but I remember my girlfriend not being able to eat it. This time she ate more than me! I think I can say, trying to be objective about it, that I like the McHeatoN more because it speaks to a broader hamburger-audience in the sense that it is not too strong for those who have a hard time stomaching it. With that said, I am very thankful for the fans and supporters of e-sport that make these burgers a reality. It warms my heart to see my own name, or my teams name, at the screens and billboards of McDonalds.

Do you regret not having more time with the McHeatoN?

I mean, I had a great time in the states for sure, but ofc I wish they would have had it for a longer period so that I could eat it at least once more.  Maybe I will have to try to recreate it at home instead? Who knows! Haha.