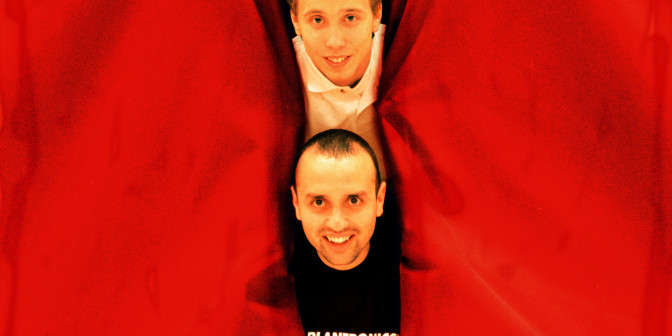 Do you recognize the boys on the pictures? The Editor in Chief at Aftonbladet E-sport found these pictures in their e-sport archives. HeatoN’s reaction to them is priceless:

– Haha, you almost forget how young you once were. The first picture is with VesslaN and Buddha whom I played with during the start of NiP (2001-2002). The picture is taken at ”Fryshuset” which was a school I attended at the time, and I think this was about the first time I was in the Swedish newspaper. It’s a picture that brings back a lot of old memories to say the least.

Picture number two has to be about when we transfered to SK Gaming at the end of 2002. With me on the picture you see Xenon and Bds, who at the time were my team mates. I don’t recall when this picture was taken but I do look stuffed with food, so maybe after a lunch? Haha!

The last picture shows my best friend, Potti, when he’s playing behind his CRT screen. He and I go way back and I can’t really recall where this picture comes from. Maybe another interview? What it does bring back memories from is the very special playing style that Potti had. He always say really wierdly.  But I guess most people recall that about him too, at least the ones who used to watch us play.