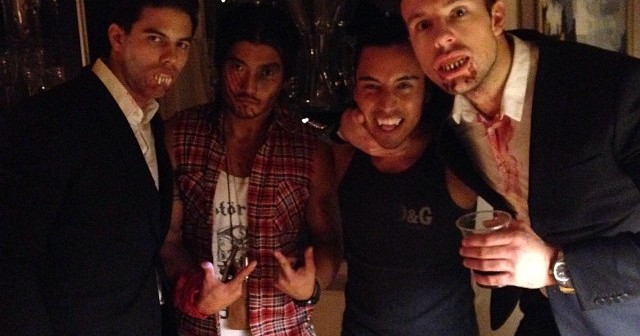 They have known each other for 14 years and spent a vast majority of that time living together, but how did it all start? Aftonbladet gives you an exclusive behind the scenes story to the friendship between CS 1.6 legends Emil ”HeatoN” Christensen and Tommy ”Potti” Ingemarsson.

How did you get to know each other?
E: We got to know each other online, on a server for many years ago where we played together. I used to shoot him at spawn to 1 HP just because I thought he was cheating haha. He was so damn good! But when we went on our first live tournament (which was very unusual at the time) I got proven wrong, and realized that he actually was that good at LAN as well. This led to me apologizing to him for the accusations and that way our friendship began to grow.

T: Yeah, we actually hated each other. At the time we all played at the Teamfortuna servers and since Emil knew admins, he could TK me or shoot me to one HP without getting banned. The first time we met was at Cafe9 at Odengatan in Stockholm, that was actually also our first sponsor in the future. But we did not know back then, we were just playing and talking and little by little we became friends.

Which are Tommy’s three best qualities as a friend?
E: The first thing I would say is that he is incredibly considerate. He cares more about the people he loves than he does about himself. The second thing is that he is so goal-oriented and driven, that when he wants something done, he gets it done. We are both very similar when it comes to that which is why we work well together. The last thing is that he has the weirdest sense of humor. I don’t think I have any other friend that makes me laugh as much as him.

And which are Emil’s?
T: His very unique and wicked sense of humor, for starters. We spend most of our time laughing together. His winning mentality, which has helped him in game and in life. And lastly the fact that he’s very thoughtful towards friends and family, he’s a true friend.

How about the three worst qualities?
E: The first connects to what I mentioned before, since he is very competitive and goal-oriented it is very hard to play against him in any game. I don’t know if this is positive or negative (or both) but he is very in touch with his feelings, meaning it affects him clearly if he has a bad day before a game day. And the last one is also in game, because I cannot think of anything bad about him in person, and that is that he never listens. He always does what he thinks is best in game, and always goes his own way. Sometimes it’s good and sometimes not.

T: His morning fatigue! He is really slow started in the mornings haha. His transition between calm and aggressive can go really fast, which can be good or bad depending on the situation and background to the transition. And the very last thing is that he’s afraid to make people disappointed which leads to him promising too much sometimes.

A special thanks to HeatoN & Potti for sharing their personal pictures with us.