The ”who are you” series is back. Today we introduce Keiran Fuller, you might know him by his nickname Stop. He created several skins for Ninjas in Pyjamas and is a designer for the organization. We sat down with him to get a insight of who he is as a person and what he does except creating skins.

How I started gaming
I first started gaming on a Gameboy original with Mario, oh those were the days! I then of course moved onto pokemon, and then to the Gameboy colour renditions of those games, before getting my PlayStation 2 and playing my first shooter, Time splitters, I was in love with the game from the moment I found it, I played for hour’s day in day out. This left me wanting more fps’s in my life.

Working with gaming
I started working with gaming last year in theory; I created and dropped my first skin into the workshop. I have then refined my skills in my spare time. This has not only allowed me to grow my own brand and skills set, but join up with one of the biggest Esports brands out there. I would also like to thank Ninjas in Pyjamas for the opportunity to represent them on the workshop with my designs!

Gaming today
Well counter strike! What else can I say I found the game at the age of 14 after a close school friend introduced me to Source at his house one day, since then I have been playing on and off ever since. With only breaks for the original Guild Wars franchise. Alongside Counter Strike I also am very much into Unreal, as again it was a game that was passed around friends on a memory stick in school, so we often played it during our lunch.

Outside of gaming
Right now I am studying film making at university and aiming to become a director of photography, if that be on film, television or music video. This has been my goal for the past 4 years or so. I am also a keen photographer and have been for the past 5 years. I will always have my camera when I am traveling or I know the location will be interesting to capture video or photograph it. I take particular interest in lighting and black and white imagery. 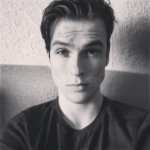