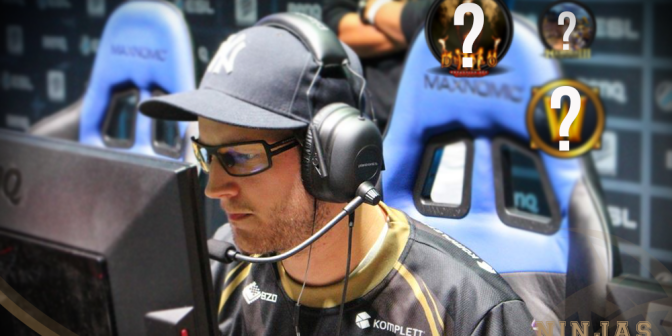 We all know that fifflaren loves his CS:GO, but what other games make the all time top list? Below we present to you, in a list from 1 to 5, which games are the most beloved ones by our very own fiff. Do you remember these?

This choice is not a surprise since this the love of fifflaren’s life (game wise) the game that made him a superstar and the game that in this very moment is his job and biggest hobby. We kind of already knew that one was a number one.
2. World of Warcraft

This classic MMORPG is a Blizzard classic, created in 2004 and has almost seven million subscribers in this day.  Furthermore it has been called the highest grossing video game of all time, surpassing even Call of Duty: Black Ops.

Another Blizzard game, and the expansion of the Diablo II game, is a hack-and-slash classic. In excess of the core in Diablo II this expansion gives us two new classes to play, assassin and druid, and the addition of a fifth act. Not bad if you ask me.

The restoration of Erathia was released back in 1999, and has received a number of special remaster-editions ever since. This is a game where the player can choose to play through seven different campaigns telling the story, or play in a scenario against computer or human opponents.

This tactical FPS was released by NovaLogic in 1998 to be a military simulation loosely based on the United States’ Delta Force. The game features about 40 missions in locations all over the world. Each mission presents the player with different tactical objectives that they must complete, such as ambushing convoys or destroying an enemy camp. Before a mission starts, the player can customize their weapon load-out to suit the given operation. Much fun, right?