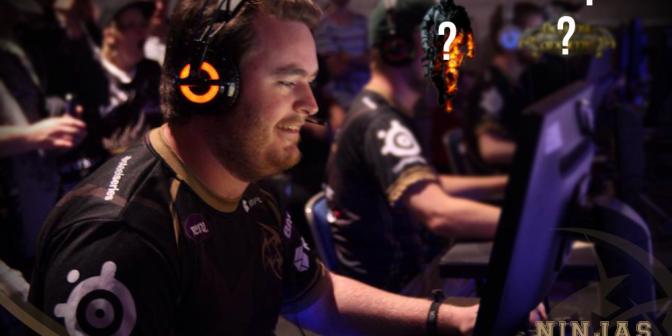 Today it’s fribergs turn to show us his top 5 in the gaming world. We find some similarities with the Fiff-list from yesterday (naturally Counter-Strike being the number one) but also some other classic video games.

This one hardly comes as a chocker for those who know anything about friberg. Counter-Strike, the game he spends hours playing every day is the number one of all time in his top 5 list. As you have seen in an earlier article, friberg has started to stream his praccing once again which means we will be seeing even more of friberg + CS:GO in the near future.

Friberg, as many of us before, has spent a lot of time in Azeroth playing Reign of Chaos and defending the Ancients. DotA started of as a mod for WCIII and TFT and was based on a StarCraft map called the ”Aeon of Strife”. Did you also know DotA made it into the European Charts through the Basshunter inspired song? All in all, a kick-ass game if we might say so ourselves.

As mentioned in the article before, this game needs no introduction. When the first Diablo came out it was battling the Electronic Arts/Bullfrog game Dungeon Keeper, but with Diablo II Blizzard made sure they came  out on top in the Devil-genre. A smaller dip with the DIII, which quickly rose again with the expansion Reaper of Souls, Diablo knows how to stay on top of the gaming lists.

Since I haven’t played much BF myself, HeatoN helps me out describing this one for you: ”It’s a massive actiongame where you can control all of the factors on a battlefield. You can go by plane, Apache helicopters,
tanks, etc. and have different roles in the game. Either your a medic, a sniper, assault, engineer which makes it important to play like a team to get success in the battlefield”.

This instant classic from Rare (one of Nintendos most ambitious gamemakers) sold like water in Sahara, mostly due to it’s successful multiplayer mode which was added as an afterthought when the game was close to finished. Everyone had one, and this game served like a pioneer for the FPS genre in consoles. Basically, if you have never played this game, it’s due time that you go bring out the n64 and get your secondhand copy online!