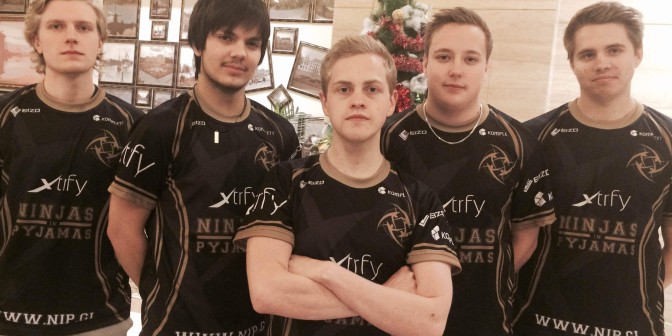 Today the Ninjas in Pyjamas enter the DOTA Realm by aquiring the team Lajons.

The Ninjas have been looking to expand into DOTA for a while and kept tabs on the scene and the alternative that’s been the most interesting one is the Swedish lineup today known as Lajons.

”We continue on our path to build an eSport powerhouse based in the Nordics. Swedish and Scandinavian eSports have always been successful and in the frontline of development in the world of Gaming. We are proud to see that so many eSport-stars want to join the NiP colors and represent us on the global scene. I’m personally impressed with the players in Lajons who have come so far without any backing at all. Now we will do everything in our power to give them the best possible conditions to grow with the NiP organisation”, says Per Lilliefelth CEO of NiP

”NiP is the oldest and biggest eSports team in northern Europe and we felt it was time to once again enter another discipline than CS:GO where we have been dominating the scene for so long.  Dota is the perfect eSports title for us to work with and we will be in this for the long run. I am looking forward to seeing where this lineup can take us, and I put my faith in Era (and the boys) to lead the way.”, was what Emil ”HeatoN” Christensen had to say about acquiring the new team.

”We are proud to have been given this tremendous  opportunity. To play under the Ninjas in Pyjamas banner is a boyhood dream for all of us. We will show that Sweden is to trust when it comes to big championships and tournaments in Dota 2. Our journey  as Ninjas will start in China where we jump in to the Ileague Finals. After that you can see us in the Starladder finals in Kiev Ukraine. 2015 is our year, the year of the Ninjas. ”

The Ninjas in Pyjamas Dota 2 line up will from today be :

Came from HoN in August 2014.  He is the brain behind the picks and the captain for the team. Furthermore, Handsken is known for choosing unconventional picks and winning with them. Since his move to Dota 2, he has shown time and time again why he is worthy of a steady place at the top.

Our position number five. He stands at the bottom of the food chain, but often willingly goes in and stuns competitors right in the face. With his sense of perfection and being in the right place at the right time, Sealkid is an important part in the team’s lineup.

Adrian has gathered huge amounts of experience in a short time and has the ability to carry the team to victory in a very efficient manor. He hates to die. He’s our youngest team-member but still the ”senior” player since he has played The International twice.

Joel donates a part of his prize-money to save the monkeys, hence the name “Apemother”. He masters most heroes in an advanced way and is mechanically as skillful as Houdini.

Jonas is very unpredictable and one of the hardest players to meet offlane. He’s not afraid to man up and kill you at any time. Jonas never chickens out and gives all when it counts.

So, everyone!
Let’s welcome our new Ninja family and wish them all the best in China! 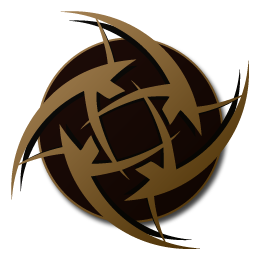