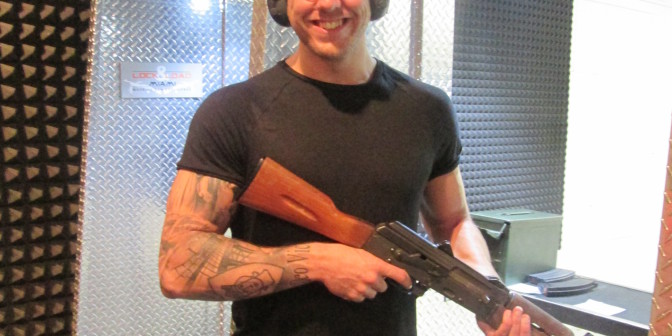 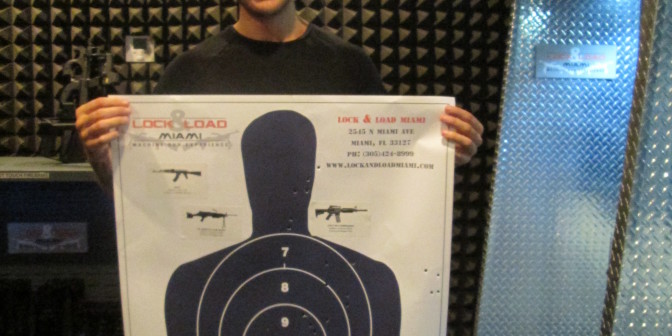 A couple of days ago, HeatoN got the chance to use some of his Counterstrike weapons on a targetboard in Miami. Naturally, we have taken the opportunity to interview him about it.  Please notice that the magazine clips have been removed from the weapons during the photographies, this to ensure the safety of the people in the area of shooting.

First things first, have you ever shot a weapon before this?

Well yes, I have fired regular pistols and revolver as well as shotguns, but never a machine rifle before. The difference between the types is immence. Everything from the kickback of the weapons, to the pressure applied differs and you can’t really compare one type with the other except for them all being weapons of course.

You had a variety of weapons to choose from, why the M4, AK47 and SAW?

The Ak47 and the Colt are my two favorite weapons in CS, so they were the natural choices for me. I actually had my mind made up about them before we even got to the Lock & Load center. I had to try them. We also chose the SAW because it was the closest we could get to a Para out of the weapons available.

Is there any other weapon that you would have wanted to try out?

Well, a Para first of. An AWP, even though I am not the biggest AWP fan, would be fun to try too. We were also looking at trying an AUG, but since time runs out fast when you have fun, unfortunately it was not possible that very day.

Which weapon was the hardest to fire? Which one was the most fun?

Spraying with the AK47 used to be my speciality online, but due to the kickback of the AK47 IRL it was the hardest weapon to shoot out of the three. But of course I made a headshot out of every bullet, as you can imagine. The Colt was the most fun, because the aim was close to perfect on it. Where ever I wanted to put the bullet, I did not have to compensate for anything, I just pulled the trigger. Worth mentioning is that even though it is more accurate than the AK47, it is also more sensitive to dust in real battle, whereas the AK47 can be full of sand and still shooting!

So, how many frags out of 10 does this experience get?

11 frags for sure haha, it was far better than I imagined and I can recommed all CS-lovers out there to try this type of activity at least once in their lives.