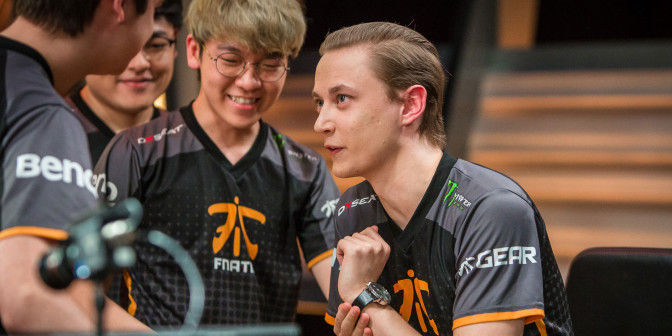 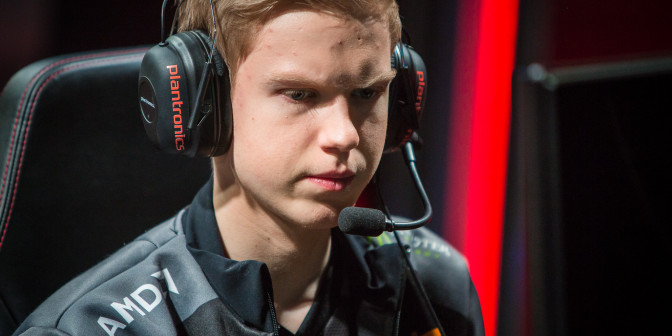 As everybody knows, Fnatic tore the European opposition apart during 2015. This year however, things didn’t start out as expected and soon recently acquired Lewis ”Noxiak” Felix saw himself replaced in Fnatic.
According to Martin ”Rekkles” Larsson the team mates clashed – both in game and on a personal level.
– I think everyone involved, including Noxiak, felt things weren’t 100 percent, the Swedish star tells Aftonbladet Esport.

During the first four weeks the team seemed to try and find their footing. They won the season opener against Origen, then lost to at the hands of Team Vitality. For three more weeks they experienced the same result. For a team that is famous for strong results the consequence became a drastic roster move.
– It’s never easy to make a call like that, not for anyone, Rekkles says and continues:
– At the same time I think everyone involved, including Noxiak, felt things weren’t 100 percent, Fnatic star Martin ”Rekkles” Larsson tells Aftonbladet Esport.
– Since we pretty much had a feeling this was going to happend one way or another, me and Luis ”Deilor” Sevilla slowly started looking for available support players. Since it was mid season however, there weren’t many to chose from.

Noxiak got kicked from the team. According to Dailydot he was told to leave their team house as soon as possible. When asked about the process of bringing in a new player Rekkles says the previous lineup could’ve worked.
– We had all the chances in the world to make it work, but after one month no big changes had happend between Noxiak and the rest of us, not on a personal level nor in game. Therefor we made the choice.

Fnatic’s next move was brave, as they brought in the untested Swedish rookie, Johan ”Klaj” Olsson.
– I’ve seen him here and there over the past three years, so we’ve played from time to time before. The pressure of finding the right person and find him quickly made him a relatively easy choice in the end, Rekkles says.

Rekkles says he thinks hard works pays off and finds evidence for it in his past, having transitioned into full time League of Legends after retiring from more traditional sports due to a leg injury. Now it’s up to the team’s new support to prove him right.
– Given the time needed I believe Klaj can accomplish great things, especially with Fnatic’s resources at hand.

The recruitment of Klaj means another Swede steps in to the highest european LOL league. For Fnatic it means a Swedish duo now handles the bottom lane.
In the goal to gather five players on the same level in personality and in game Rekkles says he’s now reached success.
– We’re all here to win and being on the same level is just the beginning. I believe we have great chances in the future if we keep pushing 110 percent every day.

The Swedish star says the last year’s squad had ”cohesiveness” as one of their strongest weapons. Today he says it’s one of their biggest problems, but also – perhaps most notably – what is eventually going to make them stronger than their opponents.
– We win together and we lose together – no exceptions.