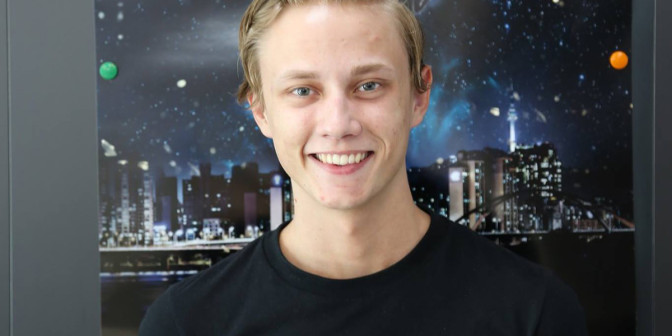 Despite being one of the best known players in the whole scene, Martin ”Rekkles” Larsson has never attended a Worlds until this year.
Going in to the tournament of his life, the Swede now talks to Aftonbladet Esport about the new transfer rules, the benefit of scrimming in Korea before the tournament – and how Fnatic will handle ”The group of death”.
– Starting tough in the tournament is better, it gets you ready to take on the strong opponents.

The Fnatic ADC, arguably the top player in the EU region on that position last season, has been scrimming with his team in Korea since September 3rd. There, he’s been mentally and physically preparing himself for the show of a lifetime when the three time EU LCS champions and Season 1 winners enter League of Legends Worlds group C on Thursday. And even though it’s the first time on a Worlds stage for Rekkles, who recently turned 18 and has been restricted from competing earlier due to his age, he’s not worried about handling the added pressure.
– It does not bother me. One or one million watching makes no difference. I love all our fans, but when it comes to competition I only care about winning.

This is your first ever attendance, what are your expectations going in to the tournament?

– On myself they’re really high, expecting less than a perfect performance wouldn’t make sense. As a team I expect us to get out of groups. Brackets are harder to predict, it all comes down to which team you face and how you perform on the given day. Groups are a lot easier to predict and prepare for.

”Better to get a tough start”

You’ve ended up in a group with LMQ, SGB and OMG. Is it the ”Group of death”?

– I would say so, all four teams in Group C can go far in the tournament. But end of the day it doesn’t really matter. To be the best, you need to beat everyone. Also, getting a tough start in the tournament is better, it gets you ready to take on the strong opponents.

You were considered one of the best ADC:s in Europe this past year. How would you rank yourself in the EU and the world respectively right now?

– In Europe, I’m top 2 with Erik ”Tabzz” van Helvert. He has more game knowledge and is better at decision making, but I am stronger mechanically. I would rank myself top 10 in the world right now. But it’s hard to judge since we’ve only played two international events, IEM Katowice and All Star, this year. Our knowledge mostly comes from VoD:s of OGN and LPL.

And during this past season, what kind of changes did you notice when it comes to the ADC role?

– It has gone from skill based to RNG based. It’s hard to tell who will win a 1v1 nowadays since critical chance is a big part of the current meta. However, you need to play good in all patches and all situations. If the meta changes your play style has to change with it.

”Scrim quality is higher in Korea”

The past week, Samsung White wreaked havoc in Group A, finishing undefeated with a 6-0 record and looking all but undefeatable. And during their stay in Korea, Rekkles has discovered one of the keys to why the Korean team is such a dominating force

– Korean teams are more efficient. Scrimming here has helped us tremendously. Teams are always in time and games are more strategy based. Although some team try not to show their cards, I think scrim quality overall is higher.

Regarding the new transfer rules, are they a necessity or will they only lead to bigger gaps between regions?

– I liked the way it worked before. I liked that you could create your own team and I don’t think it was the best rule change. Although people can still buy two foreigners.

Is the spread of Korean players in the EU and North America a good thing, or is it hurting the domestic scenes?

– Although I’ve never played in a team with a Korean player, I still think it’s a good thing. It creates a competitive scene in the respective region which is often missing from EU and NA. We can all learn a lot from the other regions and they will help us all with that. However, team chemistry is extremely important so owners must choose carefully who they pick to join their team. Language barriers is also something these teams have to get through since good communication is vital.

”He’s the best in the world”

As Fnatic enter Group C this thursday, they’re relying heavily on their young ADC to dominate his lanes and lead the team to victory. And when it comes to favourite opponents, Rekkles knows who he’s looking forward to playing the most.

– Deft and Heart. They are my favourites and it would trigger me to play at my absolute maximum. Imp and Mata too! In my opinion, Mata is the best player in the world right now.

How far do you see your team going in the tournament and which teams will be your hardest opponents?

– Judging from scrim matches, Samsung White is the best this year. I believe at least one Western team will go far in the tournament this year. Whether its Alliance, TSM, C9 or Fnatic, I’ll be happy for any of them! But I am confident in us, we will do well this year.