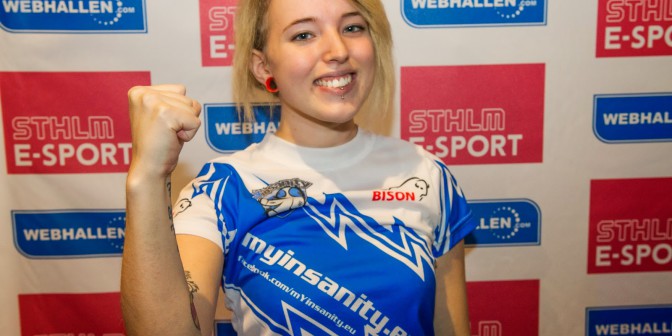 sverige-kvaletb1Maddelisk with her IeSF trophy after last years win. 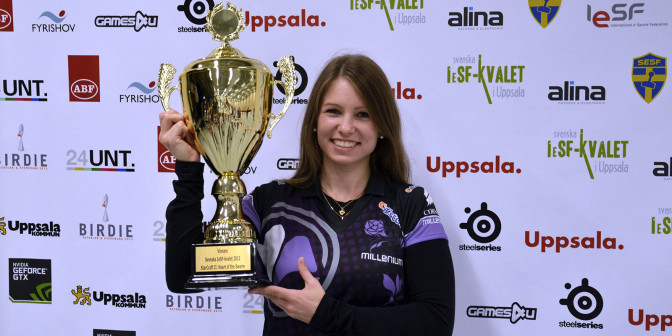 The Swedish qualifier to the IeSF championships might have been the start of a power shift in the Starcraft 2-scene.
Emily ”QueenE” Krumlinde defeated reigning World Champion Madeleine ”Maddelisk” Leander for the very first time, with a solid 4-1 win.
– Maddelisk has always been my role model and I’ve been overshadowed by her. It feels great to show that I can beat her, says an ecstatic winner after the game.

Even though Maddelisk claimed the first map, Krumlinde showed that this day was hers by taking a fast rush win on the second map.
– I think her confidence was boosted after the first map. But on the second map I threw a solid all-in at her and beat her to the ground. I think she was shaken after that and made more mistakes than she usually does.

And with a shaken Maddelisk in the other corner, QueenE could exploit the advantages she gained during the rest of the game. Even though the last three maps were drawn out, in the end she managed to claim her very first win against the usually dominating Maddelisk.
– We’ve played each other lots and lots of times and it’s usually extremely onesided. From that perspective it felt extra good to take back some honor and put my name on the map.

”Huge boost for me”

QueenE, who plays for mYinsanity, recently made the change from working half-time to support her playing, to being a full-time professional supported by her streaming revenue. And the victory against Maddelisk has made her even more confident about the future.
– This was a huge boost for me. Maddelisk has always been my role model and I’ve been overshadowed by her. Now I will play Starcraft 2 full-time and leading up to the IeSF championship I’ll practice heavily. It will be extremely fun and a huge honor to represent my country there.

And in case you missed the game, the vod is available here: